Siri is a feature on the iPhone that was introduced several years ago, and she can perform an impressive number of different functions on the device. In fact, you can do nearly ever important task on your iPhone without touching the screen. Recently another level of convenience has been added to the iPhone, where you can activate Siri simply by saying “Hey Siri.”

This can occur because your iPhone’s microphone has been trained to listen for your voice saying “Hey Siri,” even when the screen is off. While this is an interesting element of using the iPhone, you may discover that you don’t use it, or that it is problematic. Fortunately you can turn off “Hey Siri” on your iPhone 7 by following a short series of steps.

How to Turn Off “Hey Siri”

The steps in this article were written using an iPhone 7, in iOS 10. This is not going to turn off Siri entirely. It only turns off the specific Siri feature where you can use Siri functions after saying “Hey Siri.” However, if you wish to turn off Siri completely, you can do so from the same menu that we will be on in the final step below. 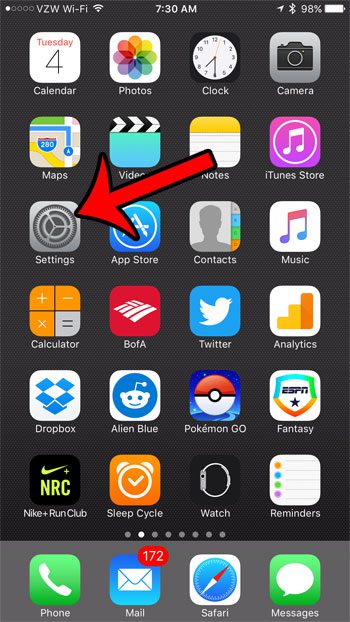 Step 2: Scroll down and select the Siri option. 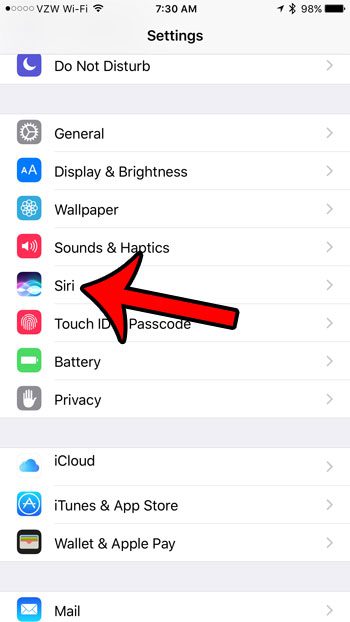 Step 3: Tap the button to the right of Allow Hey Siri to turn it off. 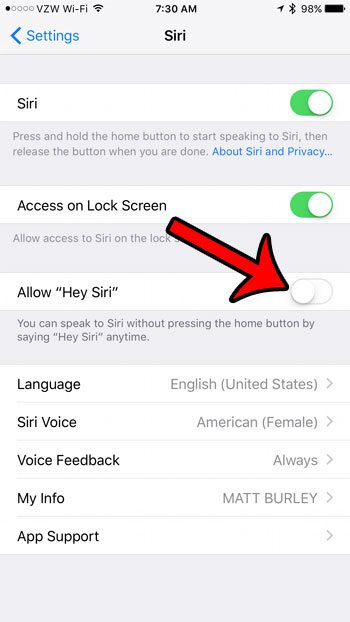 Note that if you decide later to re-enable the “Hey Siri” feature, you will have to go through the process of having her learn your voice again.

Are you having difficulty using your iPhone 7 in certain ways because the screen illuminates whenever you lift it? Learn how to disable the “Raise to Wake” setting on the iPhone to make this behavior stop.