If you use Siri on your iPhone with some regularity, then you are probably very familiar with her voice. But there are several different options available to you when deciding how you would like Siri to sound, and you might be curious to see what it would sound like if Siri had a different accent.

Depending upon the language that you use on your iPhone, the actual number of available accents might vary. For example, if you use English as your iPhone language, then you will have access to the America, English, or Australian accents. Additionally you can specify whether you would like the Siri voice to be male or female. Our tutorial below will show you where to find and change the Siri voice setting on your device.

The steps in this guide were performed on an iPhone 7 Plus, in iOS 10.0.3. These steps will work for other iPhone models running iOS 10, as well as several other recent iOS releases. 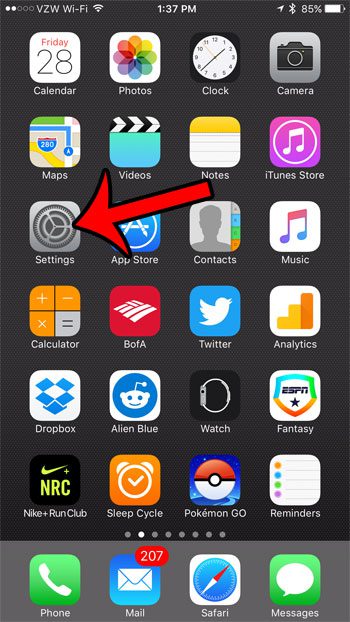 Step 2: Scroll down and tap the Siri option. 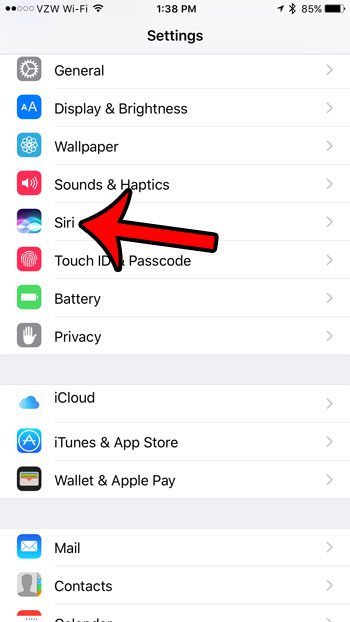 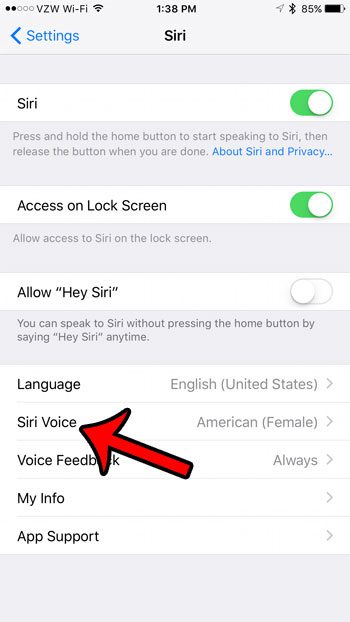 Step 4: Tap the accent and gender that you would like Siri to use. Note that it may take some time for your iPhone to download the necessary audio files for the new accent and/or gender you have selected. 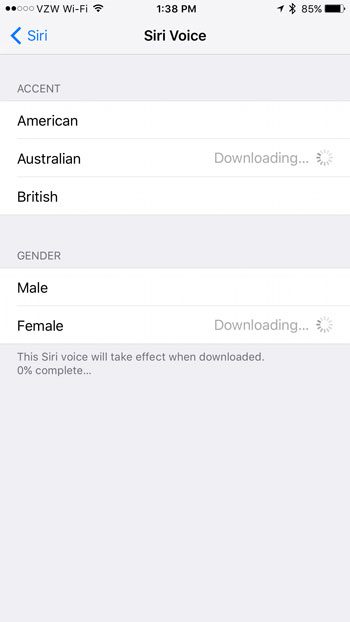 There are several other options for Siri that you might want to change, which can be done from this menu. For example, you can turn Siri off completely, if you do not wish to use her.