The iOS 10 update for your iPhone provided some new capabilities for Siri. Specifically apps can now be integrated with Siri so that you can perform tasks within that app. It isn’t available for every app yet, but you can use some popular ones, such as Uber or Venmo, by enabling those apps in the Siri menu.

Our guide below will show you where to find the Siri app menu so that you can view the list of installed apps on your iPhone that have Siri capabilities, then you can elect to enable or disable them if you would like to be able to control those apps by speaking into your phone’s microphone.

How to View Siri App Integration on an iPhone 7

The steps in this article were performed on an iPhone 7 Plus, in iOS 10.2. This will show you how to find the menu that displays the list of apps currently on your iPhone which have Siri functionality. 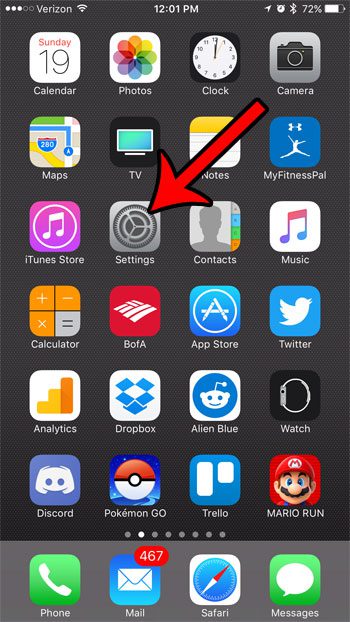 Step 2: Scroll down and tap the Siri button. 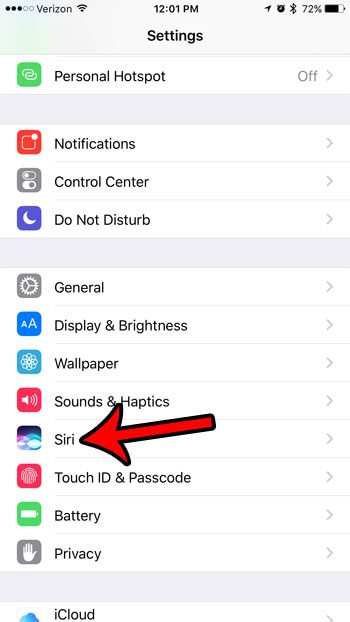 Step 3: Select the App Support option at the bottom of the screen.

Step 4: View the list of installed apps that you can enable to use with Siri.

You can grant an app Siri access by tapping the button to the right of that app, or you can remove Siri access by disabling a currently-enabled app. An app is enabled with Siri when there is green shading around the button.

Siri can do a lot of things on your iPhone, if it is a feature that you haven’t really had time to explore yet. Read about some of Siri’s functionality to get an idea of the functions you can perform on your iPhone with Siri voice control.