When Siri was first introduced as the voice-control feature on the iPhone, people were skeptical about how effective it would be, and the rate at which iPhone owners would adap to its use. But Siri has become more and more helpful, and can make performing certain tasks on your iPhone much simpler.

If you are a new iPhone owner, or if you have never really tried out Siri, then you might be curious about it. Our guide below will show you how to check and ensure that Siri is turned on for your device. Then you can simply tap and hold the Home button to activate Siri and speak a command that you would like her to act upon.

How to See if Siri is Enabled on Your iPhone 7

The steps in this article were performed on an iPhone 7 Plus in iOS 10.3.3. The first three steps involve showing you where to find the Siri setting to see its current status. After that we will show you how to enable Siri if it is currently disabled. 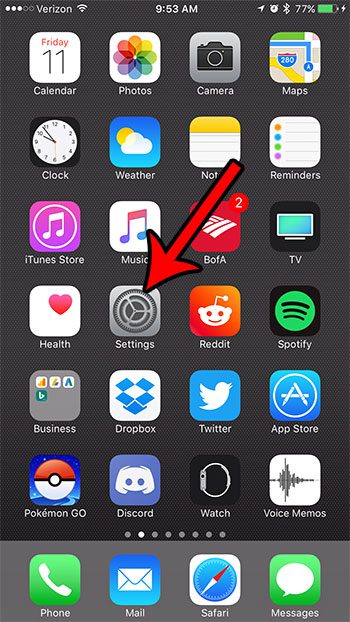 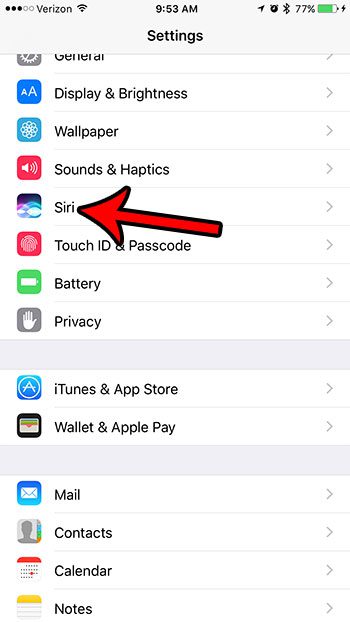 Step 3: Check the button to the right of Siri, at the very top of the screen. In the image below, Siri is disabled. If there is green shading around the button, as well as a few other options on the screen, then Siri is enabled. 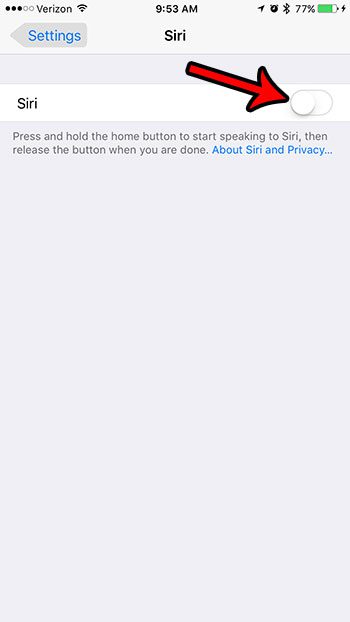 If Siri is disabled, then tap the button to the right of it to turn it on. You will then see the screen below, asking you to confirm that you would like to enable Siri on your iPhone.

You will then see a menu similar to the one shown below, which allows you to further customize the Siri experience on the device. 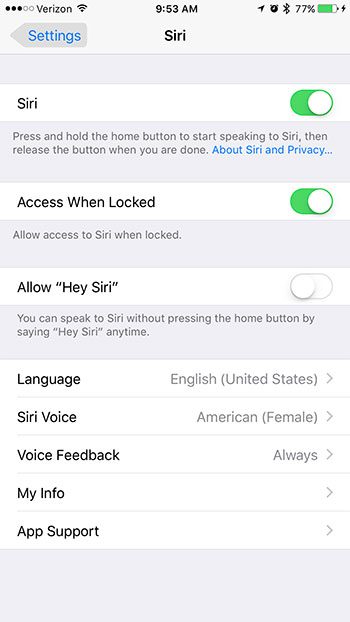 Are you new to using Siri, and you aren’t quite sure what it can do? This article will highlight just some of the things that you can accomplish with Siri’s help on your iPhone.