Siri is one of the most popular features that new iPhone owners want to try out when they have the device in their hands. When Siri is activated you can simply hold down the Home button under your screen, then speak into the microphone to tell her what you need. But if this is bringing up a Voice Control option instead, then you will want to know how to turn on Siri on the iPhone 5.

Once you have turned on the Siri feature, you can start asking her to do things for you, such as call a contact, set an alarm, create a calendar event, or perform a Web search. It is a very useful feature that can really improve your experience with your iPhone.

Turn on Siri on the iPhone 5

If you discover after enabling Siri that you actually prefer not to use her, then this article will teach you how to turn Siri off.

Step 1: Tap the Settings icon on your Home screen. 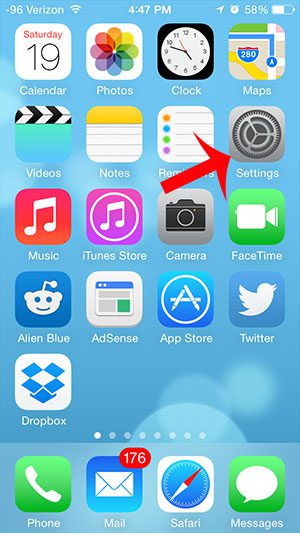 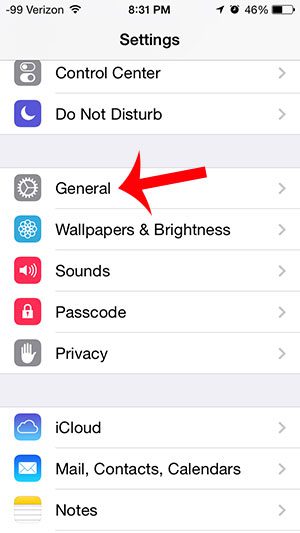 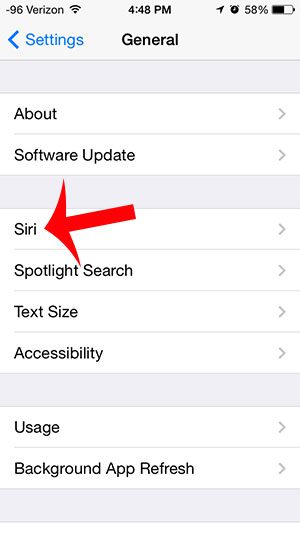 Step 4: Tap the button to the right of Siri at the top of the screen. 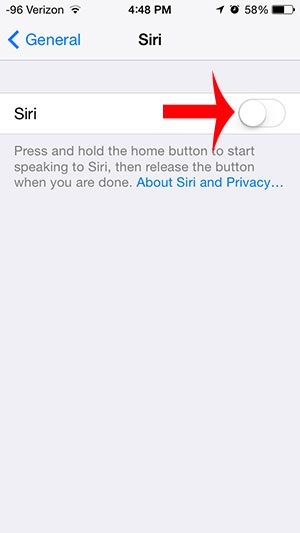 Step 5: Touch the Enable Siri option at the bottom of the screen. 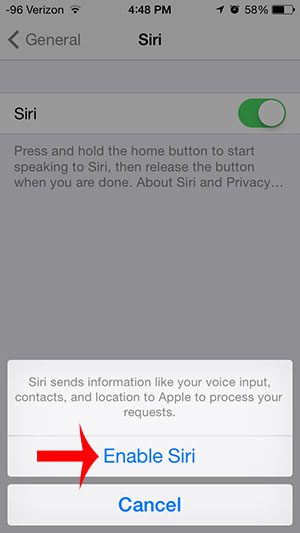 As previously mentioned, you can access Siri by pressing and holding the Home button under your screen. You will note, however, that there is a Raise to Speak option at the bottom of the Siri menu after you have turned the feature on. 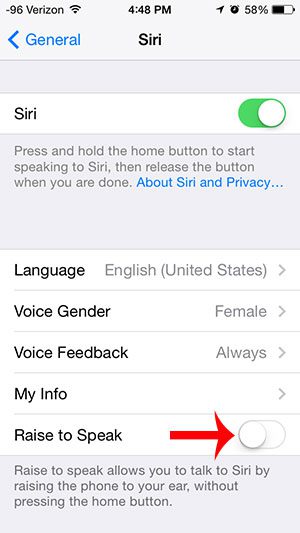 Turning that option on will allow you to use Siri by simply raising your phone to your ear.

Now that you have the Siri feature turned on, this article will tell you about all of the things that you can do with her.