Your iPhone 7 can record high definition video and save it to the camera roll. Video recording is done through the Camera app, and only requires you to switch the camera mode to the Video option. But there are several different resolutions at which the iPhone can record your videos, so you might be wondering how to see what it’s at, or how to change it to a different resolution.

Our guide below will show you where to find this setting so that you can either improve the quality of your recorded video, or reduce the amount of space that your videos take on your iPhone. The higher the resolution of the recorded video, the more space it will use. Controlling this setting based on the type of video that you are recording allows you to make the most of the storage space on the device to give you the best mix of quality and efficient space usage.

The steps in this article were performed on an iPhone 7 Plus, in iOS 10.2. Note that not all iPhones are capable of recording video in the same resolutions. When you get to the final screen in the steps below you will see the resolution options that are available on your device. 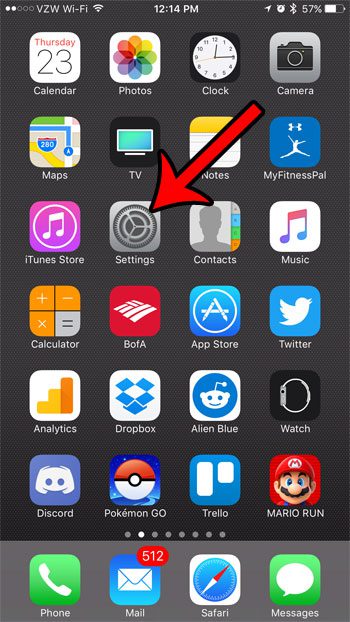 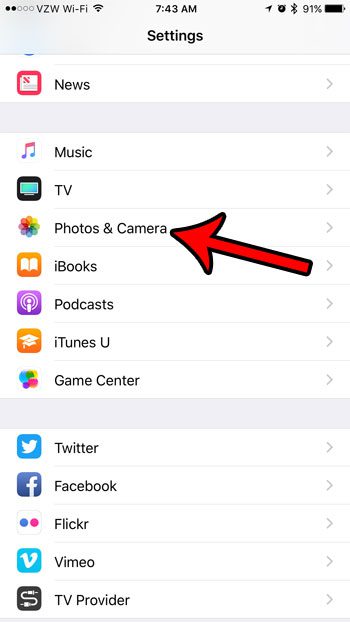 Step 3: Scroll to the Camera section of the menu and select the Record Video option. 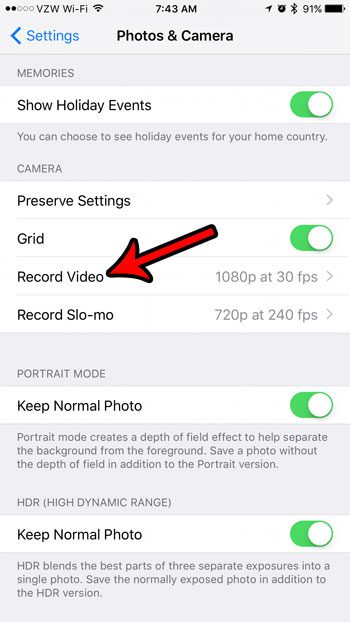 Step 4: Select your desired resolution for recording video on your iPhone. 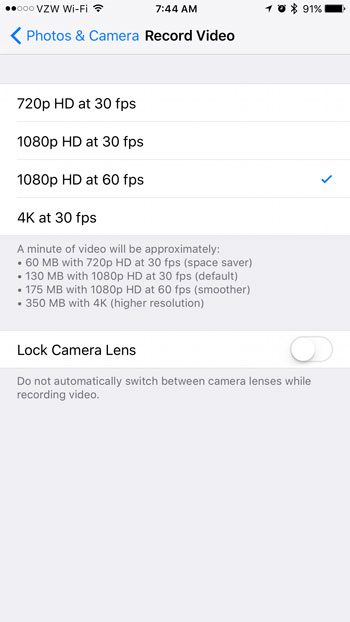 Take note of the file size information listed under the resolution choices, as recorded video files can get very large. For reference, the amount of space that a recorded video will use on your iPhone, at each resolution, is: