Have you ever been listening to something and wished you could record it with your iPhone? Or maybe you have an idea that is difficult to write down, so you want to be able to record yourself talking about it instead? You can do this with a default app on your iPhone 5 called Voice Memos. This app is included with every iPhone 5 by default, although it is hidden in a location that you might not know about. You can scroll down to check out our guide to recording audio on the iPhone to learn how you can start recording audio directly to your phone.

How Do You Record Audio on the iPhone?

Step 1: Open the Voice Memos app. If you cannot find it it might be in a Utilities folder, as in the screenshot below. 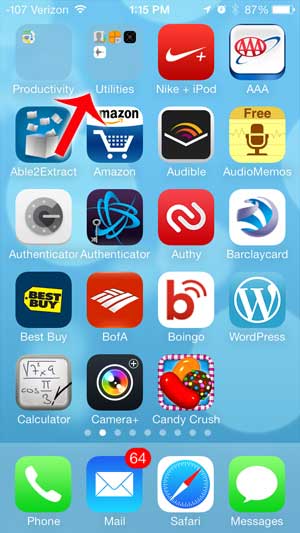 You can then select the Voice Memos app from there. 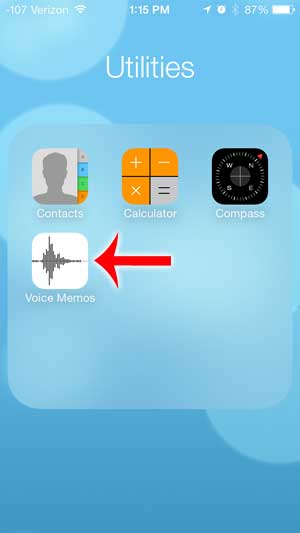 Step 2: Touch the red Record button at the center of the screen to begin recording audio. This app uses the microphone on your device, so you can point the part of the iPhone into which you typically speak at the source of the audio. 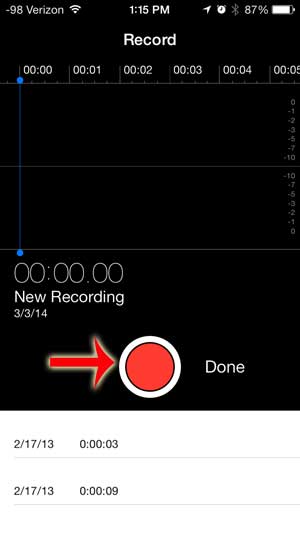 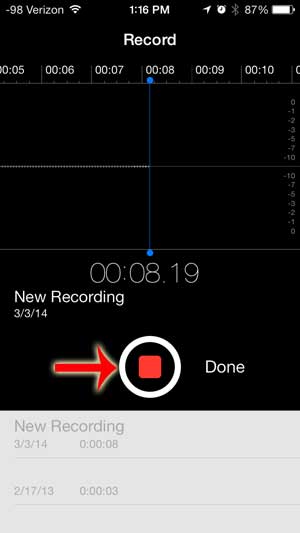 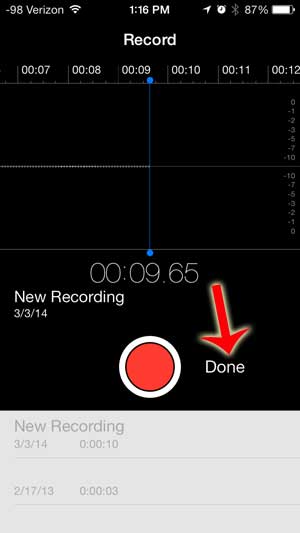 Step 6: Type a name for your audio recording, then touch the OK button. 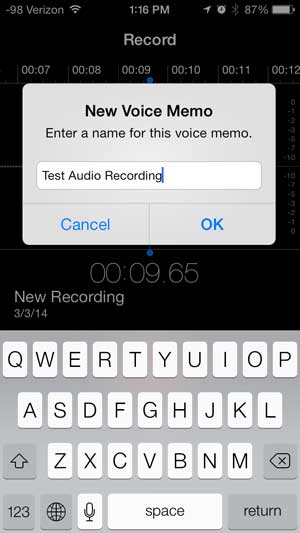 Did you know that you can create your own folders, like the Utilities one pictured above? Learn how to create app folders on the iPhone and give yourself another level of organization on your device.