Texting and talking on the phone while driving are a couple of the most dangerous activities that people can engage in when they are behind the wheel. But your phone giving off a notification can be distracting, too, even if you don’t intend to act upon that activation until you have finished driving.

If you would like to limit the potential distractions that your phone can cause while you are driving, then you might be interested in turning on the setting on the iPhone 7 that will automatically put the device into “Do Not Disturb” mode when the device senses that you are in a car. Our tutorial below will show you where to find and activate that setting so that you can start using it right away.

The steps in this article were performed on an iPhone 7 Plus in iOS 11.2.2. This feature is not available in iOS versions prior to iOS 11. If you don’t see this setting, then you may need to update to iOS 11 if you want to use it. 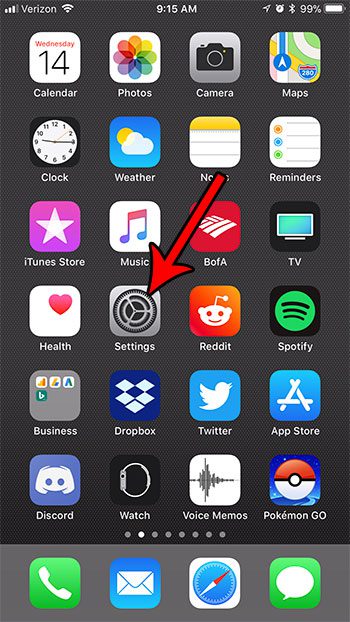 Step 2: Choose the Do Not Disturb option. 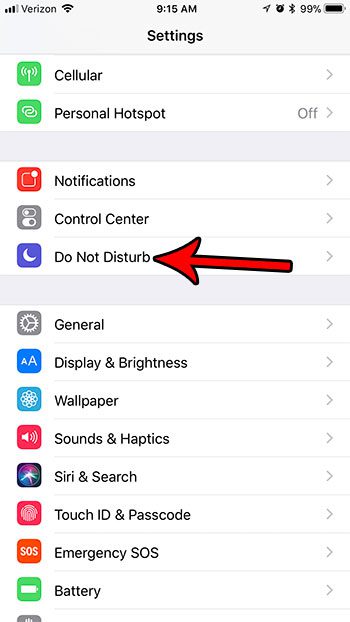 Step 3: Scroll down and touch the Activate button under Do Not Disturb While Driving. 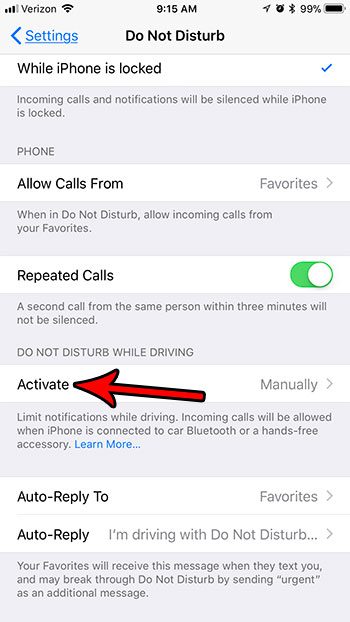 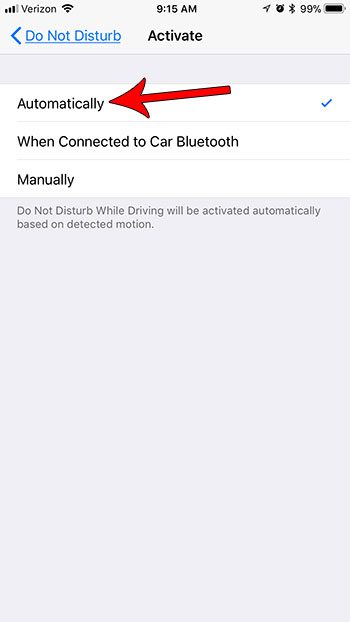 Note that you can select either of the other options instead if you would prefer to use those. If you elected to choose the Automatically option, then your iPhone will automatically go into Do Not Disturb mode when it thinks that you are moving at a speed that indicates you are driving.

The ability to automatically engage Do Not Disturb when you start driving is just one of many useful features in iOS 11. Find out how to record a video of your screen on an iPhone 7 to see how helpful this other new addition to iOS 11 can be.