The Do Not Disturb feature on your iPhone allows you to effectively silence your phone from incoming calls or text messages at will. You can even set a scheduled time every day where you will automatically not get calls or messages. But if Do Not Disturb is turned on by accident, then you might find that you are missing important communications.

Turning Off “Do Not Disturb” in iOS 9 on an iPhone

The steps in this article were performed on an iPhone 6 Plus, in iOS 9.2. These same steps will work for other iPhone models running iOS 7 or higher as well.

Here is how to turn off all Do Not Disturb settings – 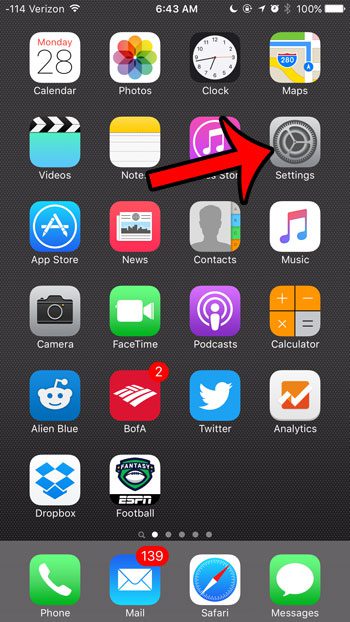 Step 2: Select the Do Not Disturb option. 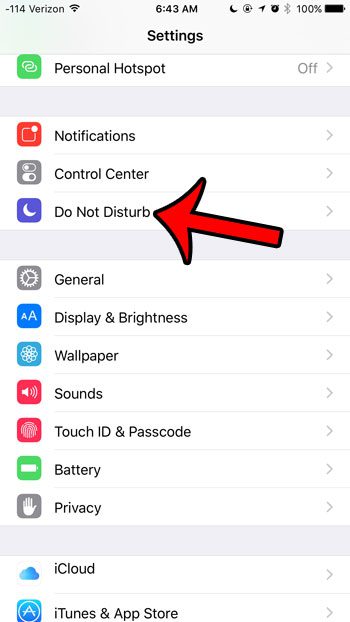 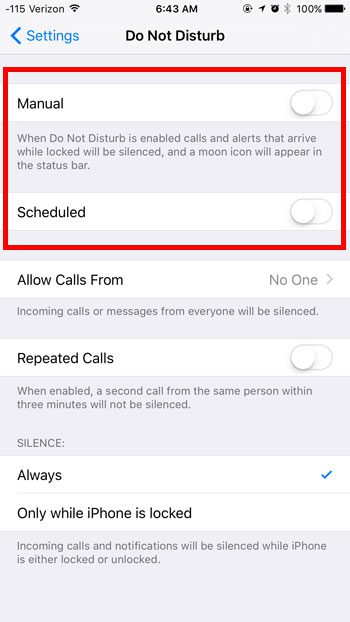 If you do not wish to completely turn off the Do Not Disturb feature, then you can elect to customize it with the other options on this menu. For example, if you have created favorites on your iPhone, then you might prefer to turn on Do Not Disturb mode, but set it to that those favorites can still call or text you.

You can tell that Do Not Disturb is enabled when you see a half-moon icon at the top of the screen. One other common icon that appears in your status bar is an arrow icon. Learn more about that small arrow icon to see why it appears, and how you can prevent it from doing so.