The ability to always be reachable with your iPhone, whether via a phone call, email, text message or social media, has made a big impact on daily life. But sometimes you might just need a break from all of that availability, and choose to turn off the device.

But rather than actually turning off your iPhone, you can instead choose to use the Do Not Disturb function. It can be turned on manually, or you can have it turn on at a regularly scheduled period of time. If you had previously set up a scheduled Do Not Disturb, though, you may wish to turn it off if your schedule changes. Our tutorial below will show you how to turn off that scheduled option, or change it to a different period of time instead.

Stop a Scheduled Do Not Disturb in iOS 8

The steps in this article were written using an iPhone 6 Plus, in iOS 8.4. However, these same steps will work for other iPhone models that are using the same version of iOS, as well as other devices that are using iOS 7 or higher. 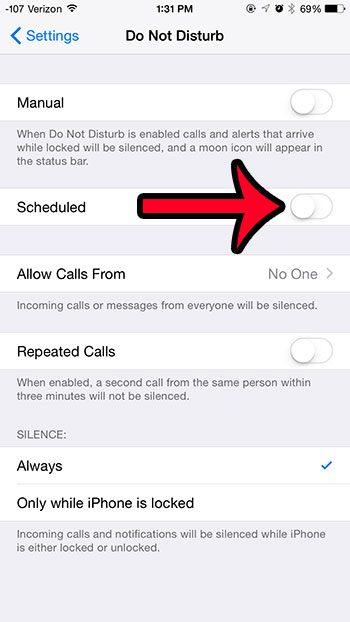 If you would instead prefer to change the scheduled period at which the “Do Not Disturb” feature is enabled, then tap the arrow to the right of the times. 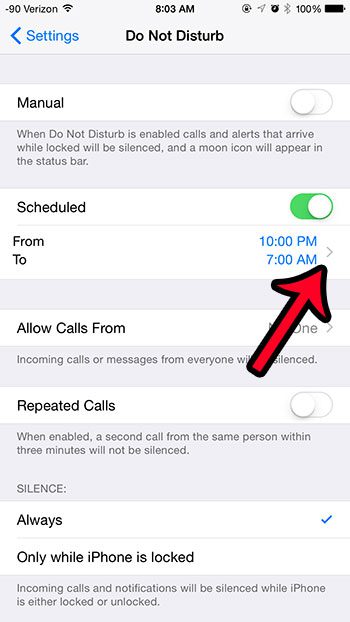