Many states in the United States have laws forbidding people from using their phones while they drive. But even if you aren’t using your phone, you may still be receiving notifications that you instinctively glance at while the phone is in a cupholder or on the passenger seat.

Fortunately there is a feature on your iPhone called “Do Not Disturb While Driving” that will automatically mute your notifications if the device senses that you are in a car. Our tutorial below will show you how to add a button to the Control Center that you can press to quickly enable this setting at any time.

The steps in this article were performed on an iPhone 7 Plus in iOS 11.3.2. By following the steps in this guide you will be putting a shortcut on your Control Center which will enable the “Do Not Disturb While Driving” feature. The Control Center is accessed by swiping up from the bottom of the iPhone’s screen. 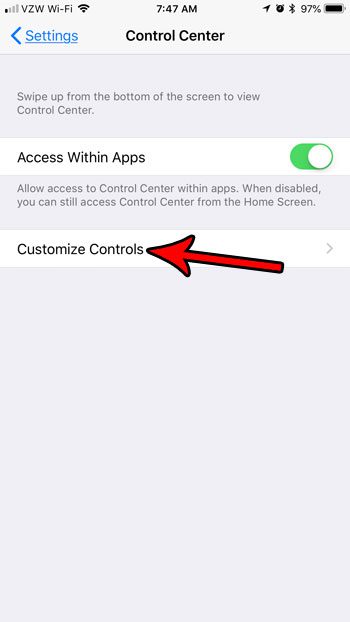 Step 4: tap the small green + icon to the left of Do Not Disturb While Driving. 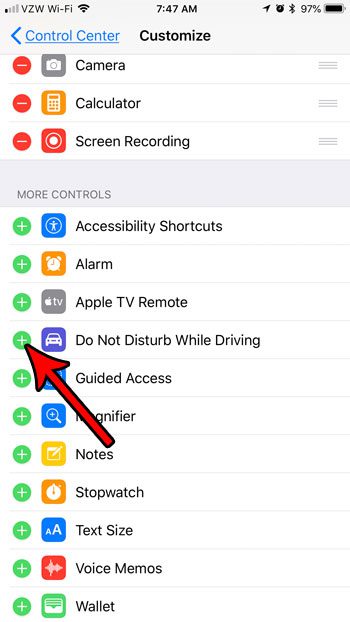 You can then exit this menu, then swipe up from the bottom of the screen. You can enable Do Not Disturb While Driving from this screen by tapping the car icon.

If you would like to disable this feature, simply return to the Control Center and tap the button again.