There are several places to look when you want to free up some space on your iPhone, but one of the most common is to delete apps that you aren’t using anymore. Unfortunately this method won’t work for the apps that were installed on your iPhone by default.

Removing the iCloud Drive Icon from an iPhone 6

The steps in this article were performed on an iPhone 6 Plus, in iOS 9.2. In this tutorial we will be turning off the option that displays the iCloud Drive icon on the Home screen. We will not be disabling the feature. This will still allow your apps to store files and documents in iCloud Drive, if that was something you still wanted to do.

These steps are also repeated below with pictures – 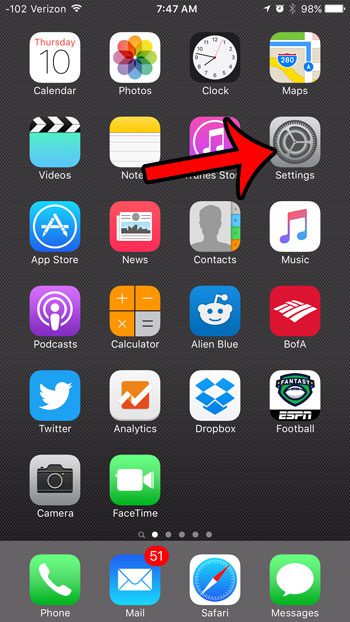 Step 2: Scroll down and tap the iCloud button. 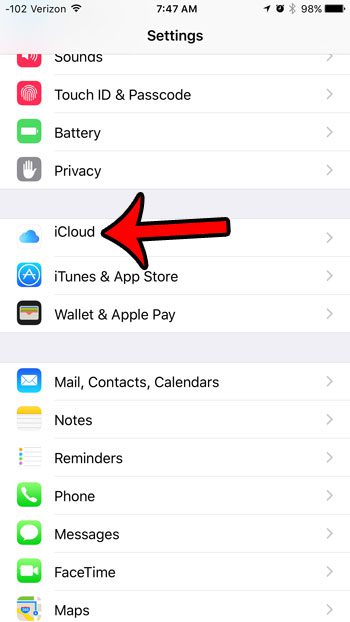 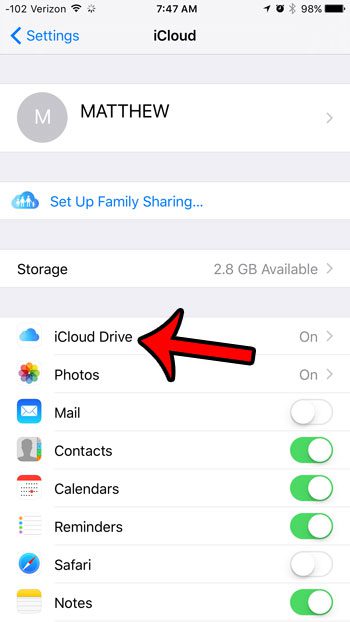 Step 4: Tap the button to the right of the Show on Home Screen option. You will know that it is turned off when there is no green shading around the button. The setting is turned off in the image below. 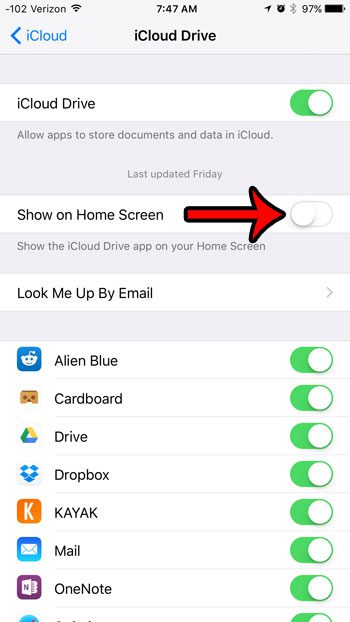 You can find out more about the iPhone apps that you cannot delete if you find that there are some items that you would like to remove. Another option to consider is putting unwanted apps into folders. This can be a helpful idea for the apps that you don’t want and are unable to delete, as it minimizes the amount of Home screen space that they are using.