Organizing apps on your iPhone can get more and more difficult as you find and install new apps. Over time, it is very likely that you will have multiple pages of apps that become difficult to navigate. One effective solution for managing this clutter is to organize your apps into folders. You can create folders by tapping and holding an icon until it starts to shake, then dragging one icon on top of another.

But any folders that you create will remain in the position on the Home screen at which the folder was created. Fortunately, however, you can move folders in the same way that you move individual apps. So if, for example, you put a bunch of default apps that you cannot delete into a folder to hide them away, then you could drag that folder to a secondary Home screen. Our guide below will show you a couple of different options for organizing your folders.

Moving Folders on the iPhone

The steps in this article were performed on an iPhone 6 Plus, in iOS 8. However, these same steps will work for other iPhone models, as well as most other versions of iOS.

Wondering which version of iOS is installed on your iPhone? This article will show you how to find out.

Step 1: Locate the folder that you want to move. 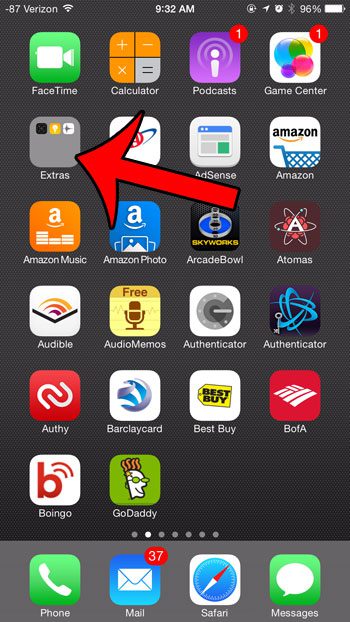 Step 2: Tap and hold the folder icon until all of the icons on your screen start to shake. 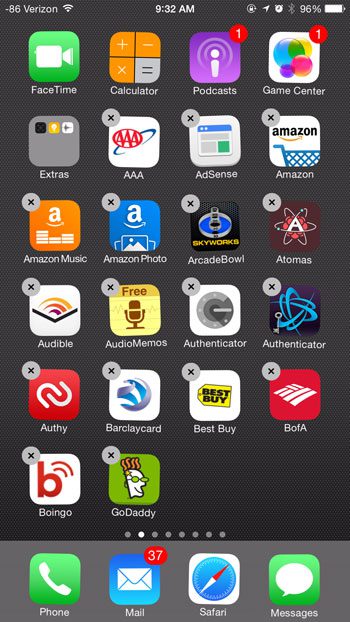 Step 3: Tap and hold the folder icon, then drag it to the desired location. 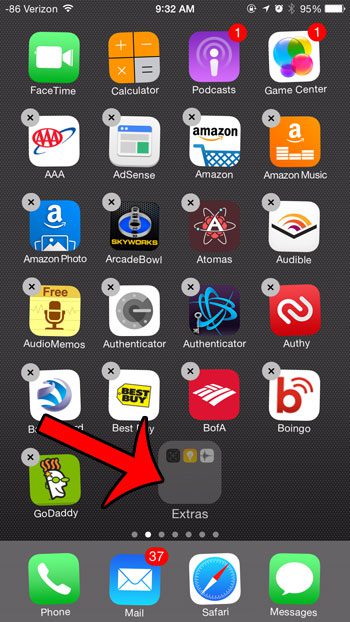 If you wish to drag the folder to a different screen, then drag the icon to the edge of the screen until the iPhone transitions to the next screen. 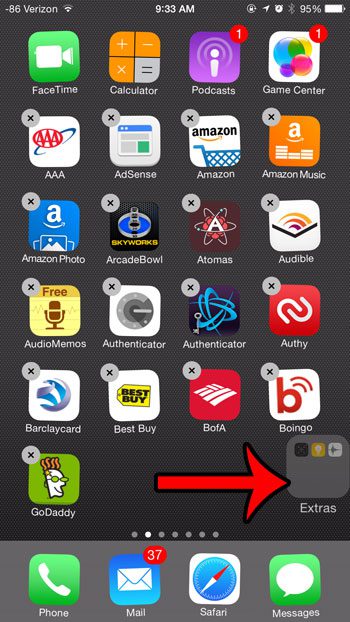 Once the folder is in the desired location, press the Home button under your screen to make the apps stop shaking.

Are you finding that you forget about the folders on your device and, as a result, the apps that are contained within them? This guide will show you how to delete a folder by removing all of the apps from inside of it.