So if you are having difficulty making a change to your iPhone, or you cannot find a feature that is supposed to be there, then it’s helpful to know how to check your iOS version. Once you know the version it can be a lot easier to determine if there is something wrong with your iPhone, or if you cannot do something because of the iOS version your device is currently using.

The steps below were performed on an iPhone 6 Plus in iOS 8. The screens will look different in earlier versions of iOS, but the steps will be the same. 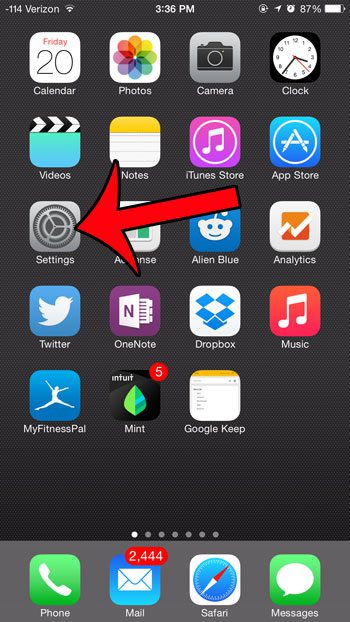 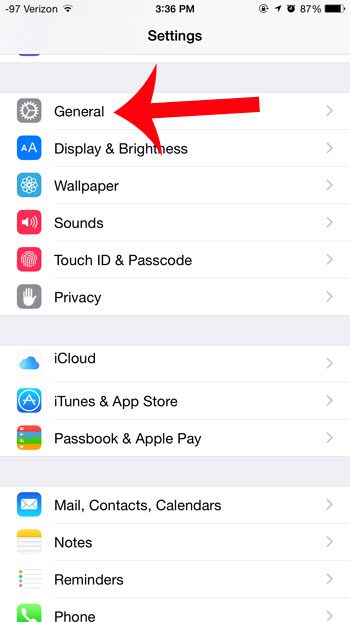 Step 3: Tap the About option at the top of the screen. 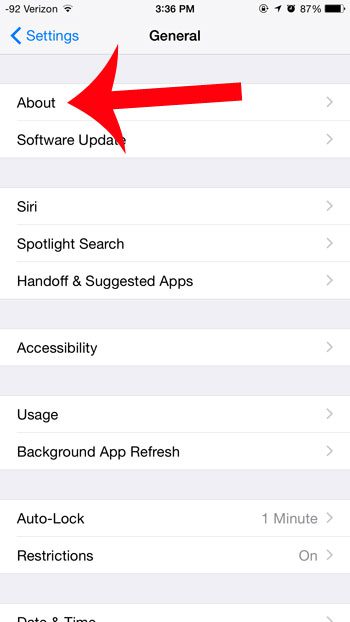 Step 4: Look for the Version option in the column at the left side of the table. Your iOS version is listed to the right of that. The first number in the version is how the different versions of iOS are typically described. So while the version in the screenshot below is technically called iOS 8.1.3., it is usually just referred to as iOS 8. 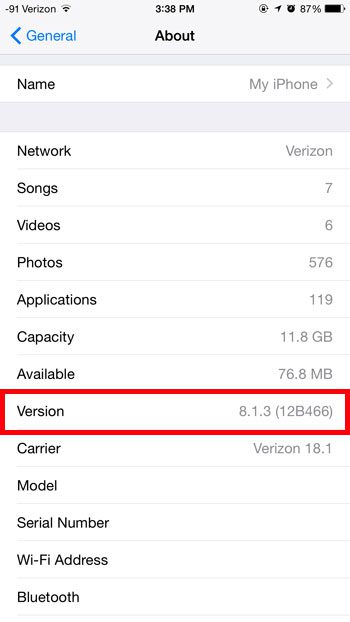 Is your iPhone running out of space, and you cannot install new apps or download videos and music? Read this guide to learn about how to delete some of the more common items that are consuming storage space on your device.