Folders are a great way to organize your apps and clear away the clutter that can occur after downloading a large number of apps to your iPhone. But putting apps in folders is also a great way to lose track of them, or forget that you even have an app. If you find that this happens to you repeatedly, then it may be helpful to simply delete a folder and put your apps directly on your Home screen.

But a folder itself cannot be deleted. Instead, you need to remove all of the apps from the folder in order for the folder to disappear. Once the last app has been removed from the folder, then the folder will no longer be shown on your screen. Our guide below will show you how to move apps out of a folder on your iPhone.

Deleting a Folder on the iPhone 6

The steps below were performed on an iPhone 6, in iOS 8. These same steps will work for most other iPhone models in most other versions of iOS as well.

Note that it is not possible to simultaneously delete multiple apps on your iPhone. If you wish to delete all of the apps inside of a folder, then you will need to do so individually. It is not possible to delete default iPhone apps. If an app does not have a small x at the top-left corner after tapping and holding the app icon, then it cannot be deleted.

Step 1: Locate the folder that you wish to delete, then tap it to open the folder. 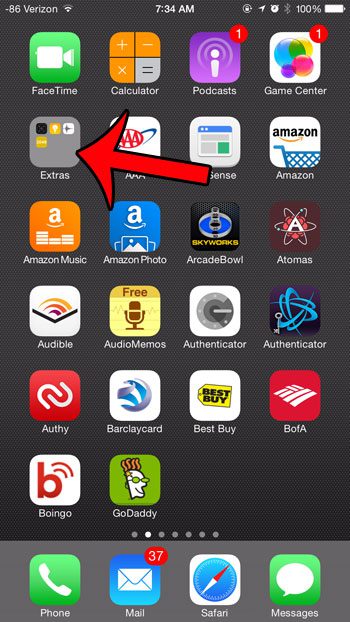 Step 2: Tap and hold an app inside of the folder until all of the apps start to shake. 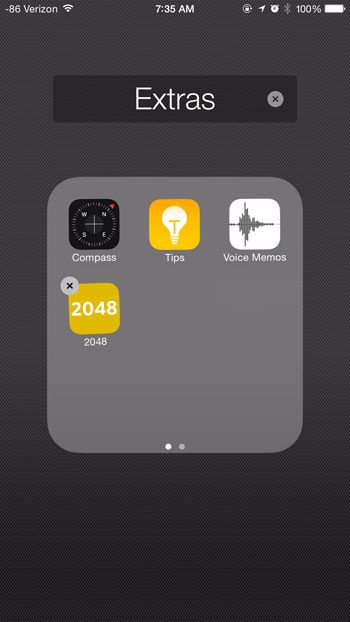 Step 3: Drag an app out of the bottom of the folder, then place the app directly on your Home screen. 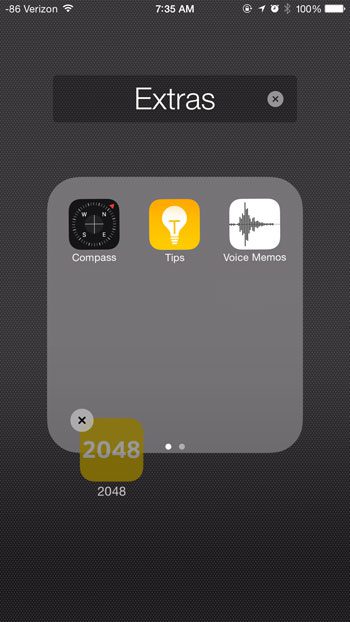 Step 4: Open the folder again, and drag the rest of the apps out of the folder as well. Once the last app has been removed from the folder, the folder will be deleted. You can then press the Home button under your screen to make the apps stop shaking.

If you do not wish to keep the apps that are inside of the folder (meaning that you wish to delete the app and all of its’ data from your iPhone), then you can tap the small x at the top-left corner of the app – 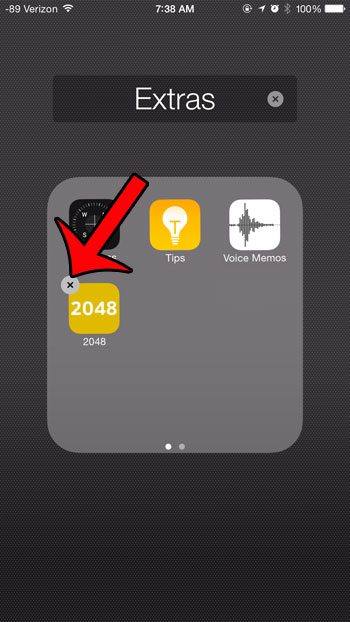 Then you can tap the Delete button to confirm that you wish to delete the app. As mentioned previously, default apps cannot be deleted, and will not have the small x at the top-left corner. Once you have finished moving and deleting apps, press the Home button under your screen to make the apps stop shaking. 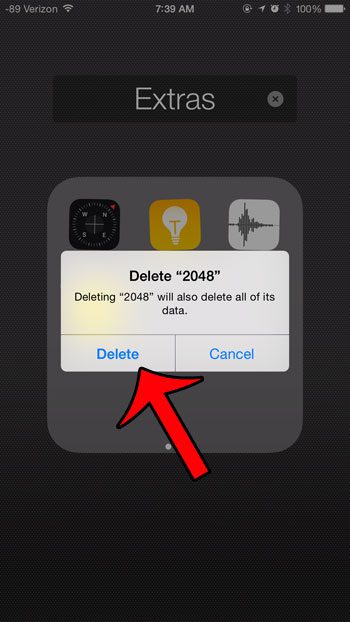 Are you looking for a specific app, such as your Settings app, but you can’t find it? This article offers a few suggestions for locating elusive apps on your iPhone.