Your iPhone has two cameras on it. One camera is on the back of the device, and points away from you if you are looking at your iPhone screen. The other camera is above the screen. You can switch between these two camera by pressing a button on the Camera app interface.

Change from the Back to Front Camera in iOS 10

The steps below were performed on an iPhone 7 Plus, in iOS 10. These same steps will work for other iPhone models using the same version of iOS, as well as most other versions of iOS. 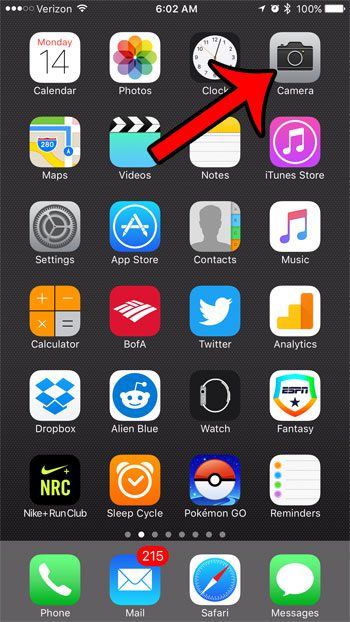 Step 2: Tap the button at the bottom-right corner of the screen that looks like a camera with two circular arrows inside of it.

You can then tap the same button when you are done using the front-facing camera to switch back to the rear-facing camera. Note that the active camera will remain selected when you close the app, and will not change until you manually press the button in step 2 above.