A lot of businesses and organizations these days are realizing how useful of a tool a QR code can be. They’re versatile ways to let customers visit a web page, and most smartphones have made QR code scanning very easy.

But you may be asking “how do you scan a QR code with an iPad” if you are on the Apple tablet and trying to use its camera to scan one of those codes. Fortunately, it’s very similar to how you would accomplish that on an iPhone.

How to Scan QR Codes on an iPad

This guide continues below with additional information to answer the question of how do you scan a QR code with an iPad, including pictures of these steps.

Many products include a QR code that provides you with additional information about that product, or allow the manufacturer to add additional features for their customers. As such, it can be useful to learn how to scan QR codes with your iPad.

QR codes have been a popular way for companies to include website links on their products without requiring their customers to type out long, complicated Web page addresses.

QR code scanning functionality has been available on many smartphones and mobile devices for years but, for a while, Apple iOS devices like the iPad and the iPhone had to rely on third-party apps to effectively use QR codes.

Luckily that changed with iOS 11, and there is now a QR code reader built into the iPad’s Camera app by default.

Our guide below is going to show you how to enable the QR code scanner in the Camera on the iPad, then we will show you what it looks like when you successfully scan a QR code with that tool.

If you often need to scan documents, then check out our guide on how to scan iPhone documents to see how you can use the Notes app on your iPhone to do it.

The steps in this article were performed on a 6th-generation iPad using the iOS 12.2 operating system. These steps will also work on newer iPad models, as well as newer versions of iOS, like iOS 14.

These steps will show you how to use your iPad to scan a QR code. 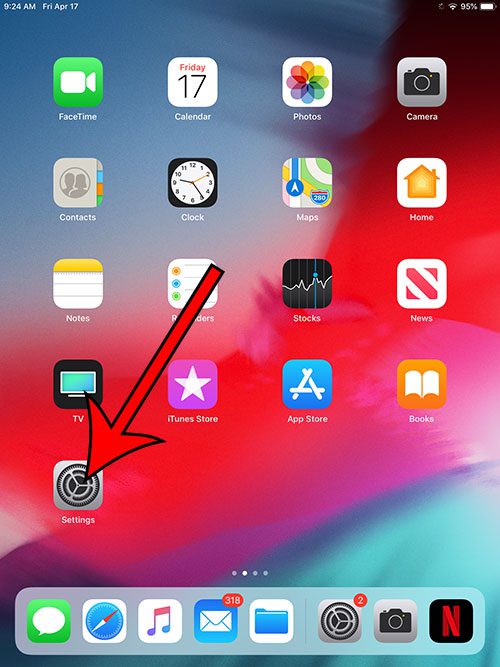 Step 2: Scroll down and select the Camera option. 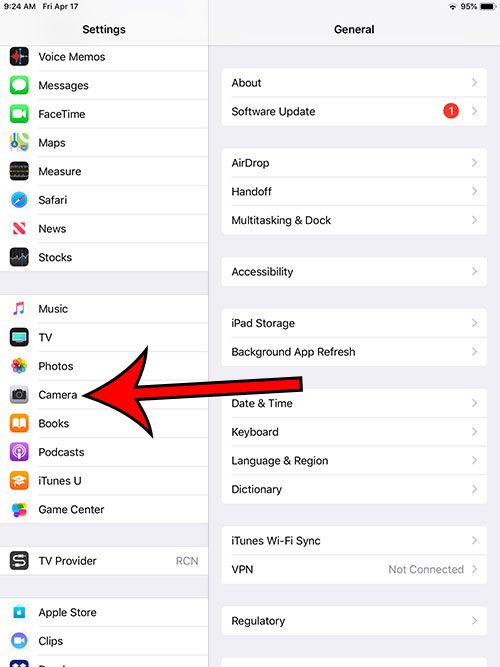 Step 3: Tap the button to the right of Scan QR Codes to enable it. 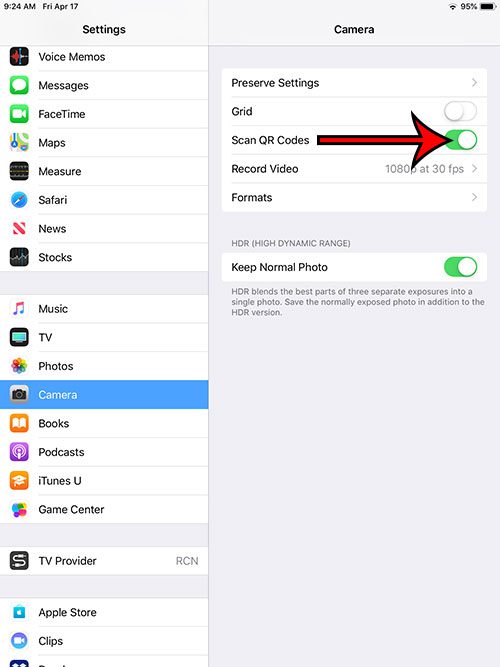 I have turned on QR code scanning in the picture above.

Step 4: Press the Home button to return to the Home screen, then launch the iPad Camera app.

​Step 5: Center the QR code in the viewfinder, then wait for the QR reader to identify it.

Step 6: Wait for the banner to popup at the top of the screen, then tap on it to be taken to the website URL. 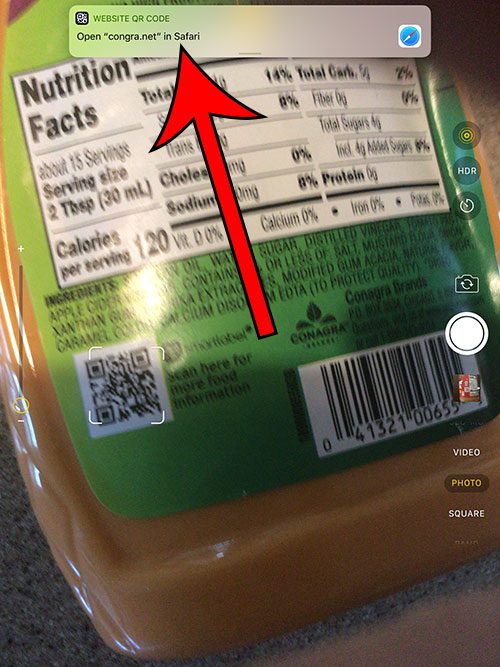 Touch the button to go to the website or perform an action.

You can read more about the iPad camera here.

Now that you have an answer to your question of how do you scan a QR code with an iPad you can continue reading below for more discussion about this topic.

Additional Information on Scanning QR Codes on an iPad

How do I enable QR code scanning with the iPhone or iPad camera?

If you would like to enable the ability to read QR codes with your iPad or iPhone, then you need to go to Settings > Camera > then turn on the Scan QR Codes option.

Once that setting is activated you can go to the native camera app on the device, position the code on the screen, then wait for a second while the camera reads the code.

If I don’t want to use the default Camera app, are there other QR code apps I can use?

Yes, if you would like to install a third party app on your iOS device and use that to scan QR codes, then you are able to do so.

You can just go to the App Store and search for something, like “QR code scanner” then install one of those apps.

Once the app is on your device you will need to tap the app icon on your iPod Touch, iPhone, or iPad, then follow the instructions in the app to scan the code.

Is there a way to change my default browser on the iPad?

Yes, you are able to use a different app as your default browser if you don’t want to use Safari.

You will need to have that app installed on your device already, then open the Settings menu, scroll down to the browser you want to set as the default, then touch the Default Browser App option and choose the browser.

How do I open the Camera from my lock screen?

Since a lot of the QR codes that you encounter in the world will be unexpected, you may be looking for a quick way to launch the Camera app.

If you tap and hold on the Camera icon at the bottom-right corner of your screen, it will open the app.

On the iPad and other Apple devices, you can also open the Camera app from the Control Center.

Once the Control Center is open you can simply tap on the Camera icon to open the app.

One final way to open the Camera is to swipe down on the Home screen to open eh Spotlight Search screen.

You can then type the word “camera” into the search bar at the top of the screen and choose the Camera app from the list of results.

How do I disable the QR code scanner on my iPad if it was enabled automatically?

On many newer versions of iOS the QR code scanner will be turned on by default.

If you don’t want to use it then you can go to Settings > Camera > then touch the toggle switch to the right of Scan QR Codes to disable the feature.