Each update to the iOS operating system seems to include some new features for the iPad camera. These updates usually provide additional functionality, and are typically seen as an improvement. But your iPad camera has also included some other features for several versions of iOS that you may not have noticed before, and which may have been turned on by another user on your device.

One such feature is the camera grid, which adds an overlay on your camera screen that divides your camera screen into 9 rectangles. This grid is meant to help improve the composition of your pictures, but some people find the addition of the grid to be too distracting. These lines will not show up on your actual photographs; they are merely there as a guide to help you take your pictures. But this option can be turned on or off at will, so continue reading below to find out how you can turn off the camera grid on your iPad.

How to Turn Off the iPad Camera Grid

These steps were performed on an iPad 2 in iOS 8. Screens of earlier versions of iOS may look slightly different. 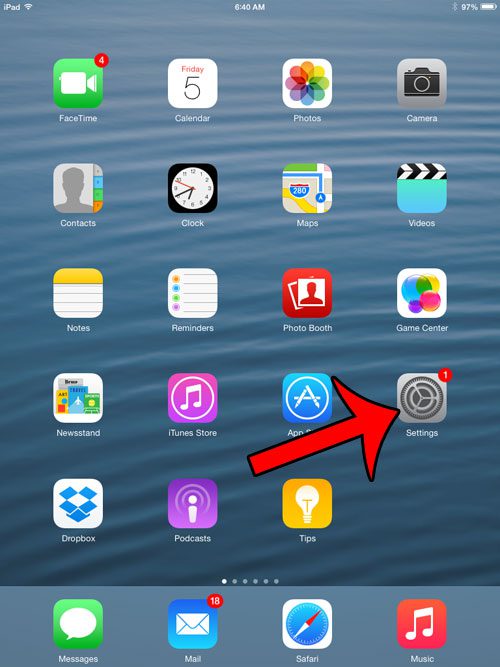 Step 2: Scroll down in the column on the left side of the screen, then touch the Photos & Camera option. 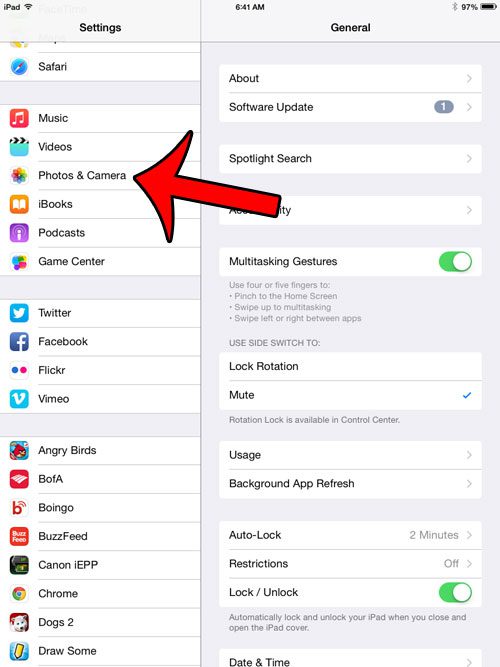 Step 3: Touch the button to the right of Grid at the bottom of the right column. You will know that the grid is turned off when there is not any green shading around the button, as in the image below. 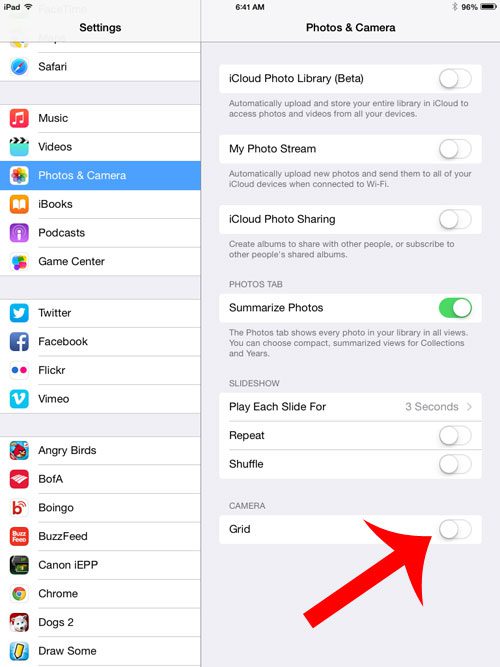 Is there a picture from the Internet that you would like to download to your iPad? This article will show you how to save pictures from websites to your iPad’s camera roll so that you can include them in messages or edit them for your own purposes.