Have you ever deleted a picture from your iPhone, only to discover a little later that you wanted to use that picture for something? In earlier versions of iOS there wouldn’t have been much you could do about this, but iOS 8 now offers a Recently Deleted album.

Once your iPhone has been updated to iOS 8 or higher, any picture that you delete from your Camera Roll will be stored temporarily in this folder for 30 days. If you decide that you want to recover your iPhone pictures within that time frame, then you can simply follow our steps below to restore them to the Camera Roll.

Return Deleted Pictures to the Camera Roll on the iPhone

These steps were performed in iOS 8.1.2, on an iPhone 6 Plus. Versions of iOS prior to iOS 8 do not have this feature.

Note that there is a number of days displayed at the bottom of the image thumbnail that indicates how long before the picture will be permanently deleted. That date is 30 days from the time the picture was deleted from the Camera Roll. 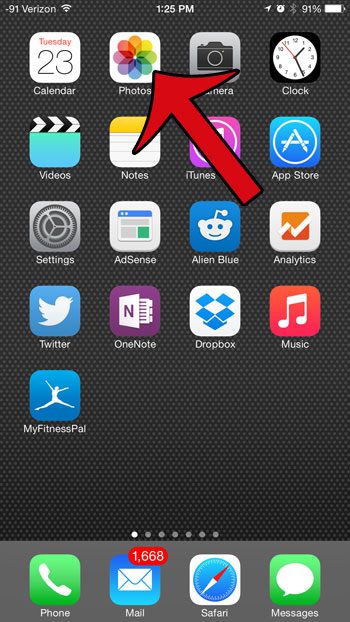 Step 2: Select the Albums option from the bottom of the screen. 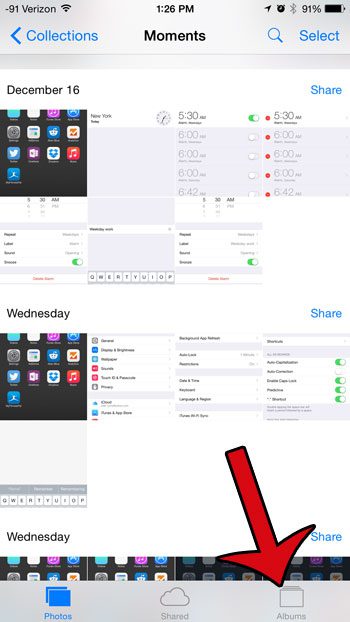 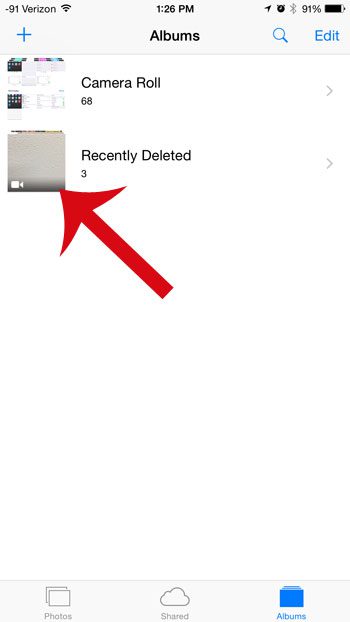 Step 4: Select the image thumbnail of the picture that you want to restore to your Camera Roll. 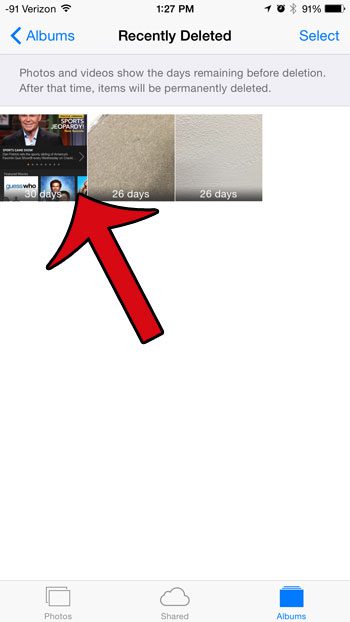 Step 5: Tap the Recover button at the bottom-right corner of the screen. 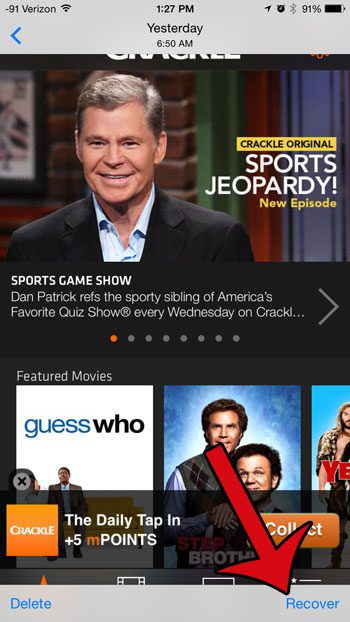 Step 6: Tap the Recover Photo button. Your image will now be accessible from your Camera Roll. 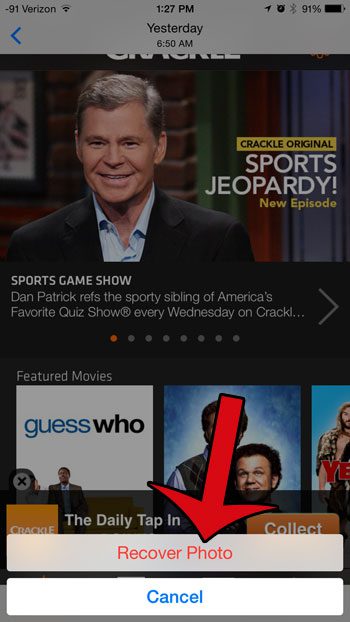 Your iPhone 6 Plus has the ability to record video at 60 FPS, which helps to reduce blur when you are recording something that moves very fast. Learn how to switch to 60 FPS on the iPhone 6 Plus and start taking advantage of this feature.

You can read here to find out more about the new features in iOS 8.