The speed of many mobile networks is so good that it’s not too difficult for many people to stream videos from apps like YouTube or Netflix. In fact, the biggest limitation is rarely Internet speed, but rather the amount of data that this streaming can use. The Netflix app on your iPhone has two different streaming quality options. One called “Save Data” that Netflix claims will use about 1 GB of data for every 6 hours of streaming, and another called “Maximum Data” that will use 1 GB every 20 minutes.

While the Save Data option feels like a very good rate of data usage for a large amount of streaming, heavy Netflix users that stream over cellular networks can still consume a considerable amount of data over the course of a month. Fortunately it’s possible for you to restrict your Netflix streaming to Wi-Fi networks and avoid this data usage. You can even enable a parental control and make it more difficult to turn that setting off.

How to Stop Netflix from Using Cellular Data on an iPhone

The steps in this article were performed on an iPhone 7 Plus in iOS 11.3. This is going to change a setting on your iPhone so that the Netflix app isn’t able to stream movies or TV shows when you are connected to a cellular network. You will still be able to use Netflix on a Wi-Fi connection. 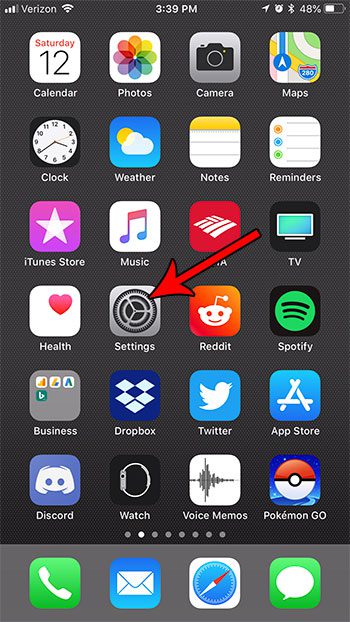 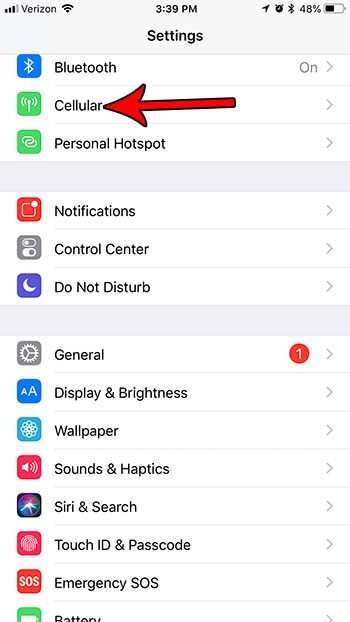 Step 3: Scroll down and tap the button to the right of Netflix to turn off cellular data for the app. 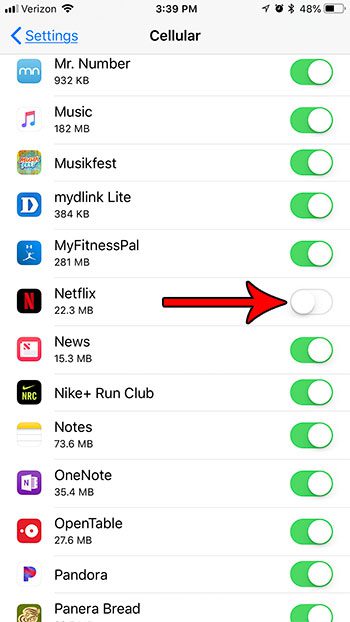 While the steps above are good for turning of Netflix so that you can’t use data on your own phone, if you are doing it on someone else’s phone, it’s pretty easy for them to bypass this setting and turn cellular data usage back on. A more effective way to do this involves configuring restrictions on the device.

After completing the steps above to turn off Netflix cellular data usage, you can set up cellular data usage restrictions on an iPhone by going to Settings > General > Restrictions > Enable Restrictions. You will then create a Restrictions passcode, which should be different from the regular device passcode that you use to unlock it. You then scroll down and select the Cellular Data option in the Allow Changes section, then select the Don’t Allow Changes option under Cellular. 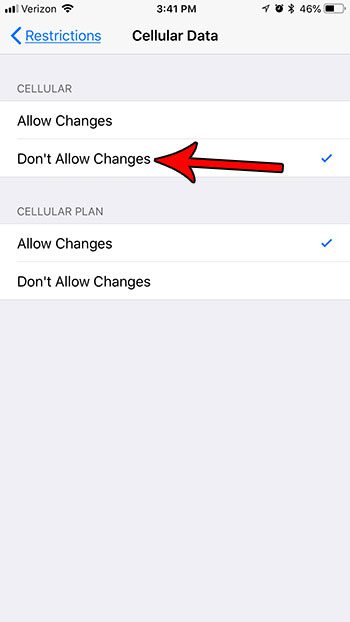 Find out more about setting up Restrictions on an iPhone if it’s something that you think could be beneficial for a child or employee’s iPhone.