One of the biggest complaints from Netflix users used to be the inability to watch content offline, but that complaint has now been alleviated. iPhone Netflix users can now download videos directly to their iPhones, which they can then view without being connected to the Internet.

Our guide below will show you how to download a Netflix video to your iPhone using the iOS Netflix app.

Downloading a Video in the iPhone Netflix App for Offline Viewing 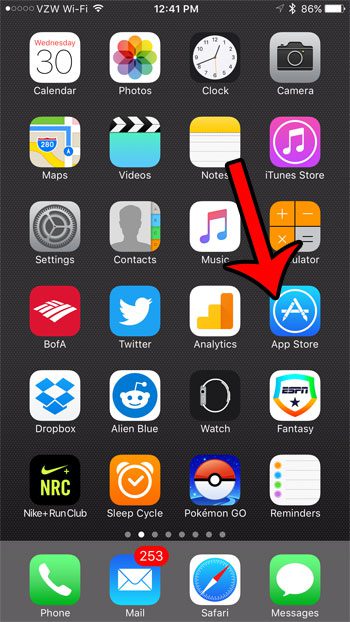 Step 2: Select Updates at the bottom-right corner of the screen.

Step 3: Tap the Update button to the right of the Netflix app. 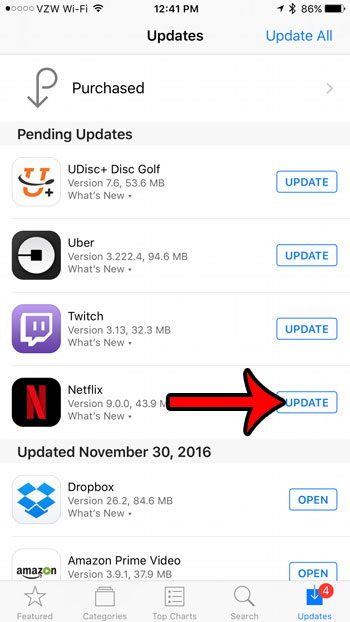 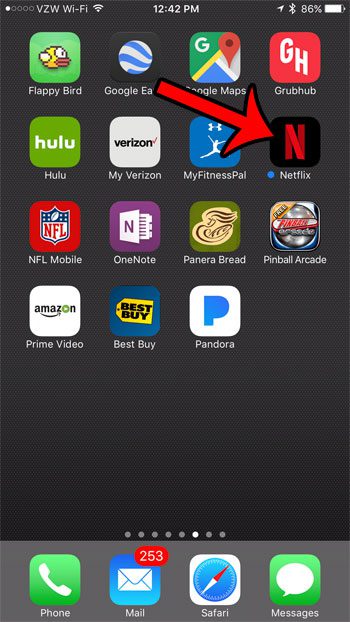 You should be greeted with this graphic if this is the first time you have opened the Netflix iPhone app since the update.

Step 5: Select a TV show for which you would like to download an episode. (Note that the download feature is currently only available for some videos, so not everything will have a download option.) 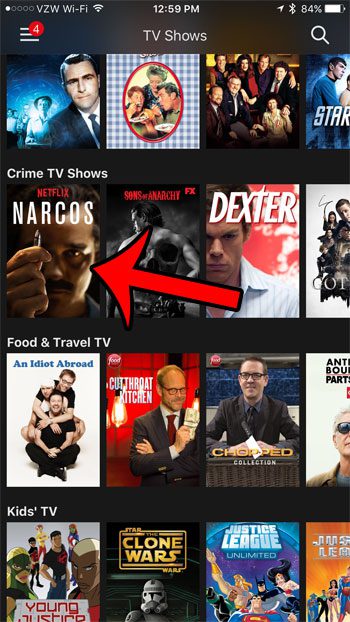 Step 7: Tap the Download button to the right of the TV show episode that you wish to download. 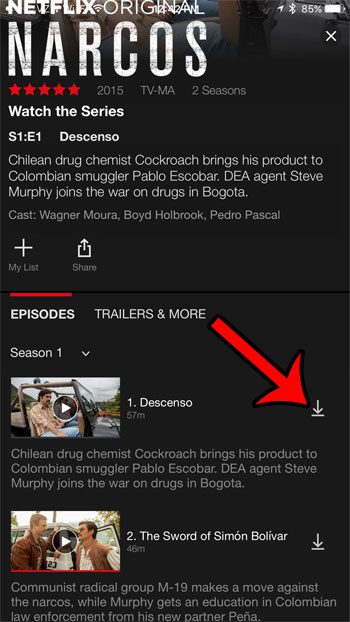 You can access your downloaded videos by tapping the Settings icon at the top-left corner of the screen. 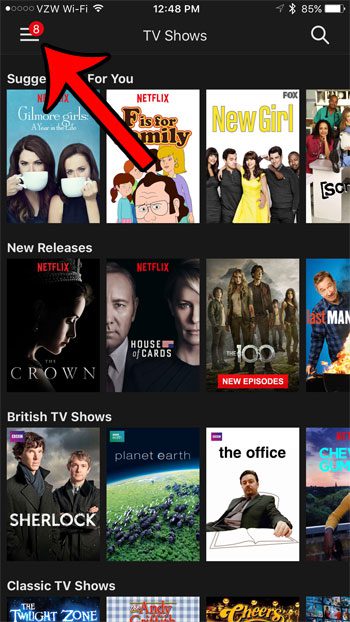 Then selecting the My Downloads option. (Note that there is also an Available for Download option on this menu as well, if you want to see what videos can be downloaded.) 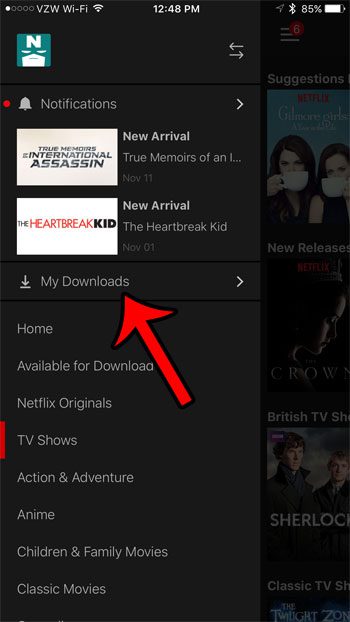 The episode of Narcos that I downloaded in this example was about 266.1 MB in size.

You can delete a downloaded Netflix TV show episode by tapping the Edit button at the top-right corner of the My Downloads page. 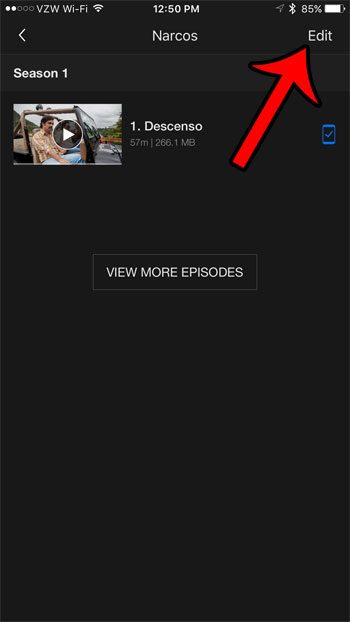 The tapping the red X to the right of the episode. 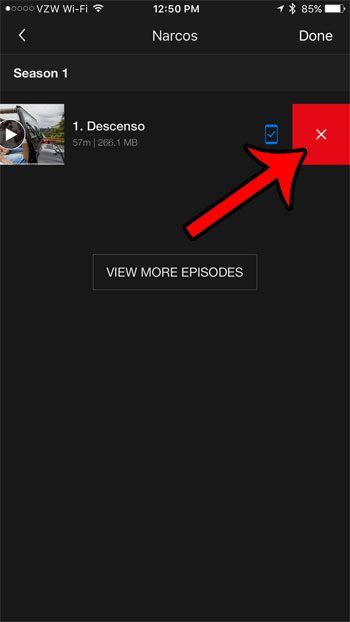 Do you need to free up some space on your iPhone to make room for these downloaded Netflix videos? This guide will show you a bunch of different places on your iPhone where you can remove files and apps.