Space is at a premium on the iPhone 5, which is something that you may have encountered while you were updating to iOS 7 in the first place. One of the biggest culprits when it comes to storage space consumption, however, are videos. Whether they are movies or TV shows, they take up a lot of space.

So if you have already watched an episode and don’t think that you will be watching it again anytime soon, you can free up some storage for additional songs, videos or apps. So continue reading below to learn how to delete a TV show episode from your iPhone 5 with the iOS 7 operating system.

Deleting TV Episodes from the iPhone 5 in iOS 7

It’s important to note that you will only be deleting the copy of the TV show episode that is stored on your device. You can re-download or resync the episode from iTunes again in the future if you want to watch in on your iPhone 5. In fact, one of the biggest changes to the Videos app in iOS 7 is that it now includes all of your TV show episodes, even those that aren’t on the device and are instead in the cloud. You can distinguish between episodes that are stored on your device versus episodes that are stored in the cloud by the icon highlighted in the image below. 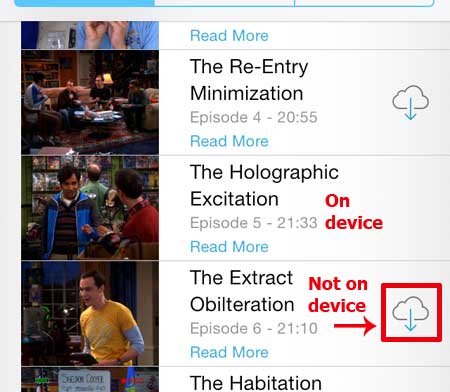 Only the episodes that do not have the cloud icon to the right of them can be deleted from the phone, as they are the only ones that are currently stored on the phone. So with that in mind, follow the steps below to start deleting TV episodes in iOS 7 from your iPhone 5.

Step 2: Select the TV Shows option at the bottom of the screen.

Step 3: Select the TV show with the episode that you want to delete. 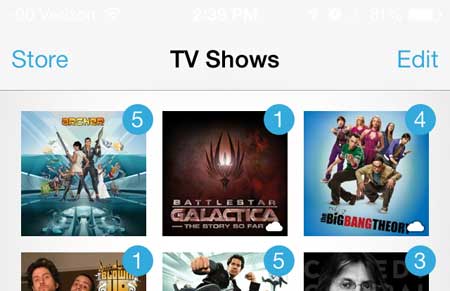 Step 4: Swipe from right to left on the title of the episode to reveal the red Delete button. 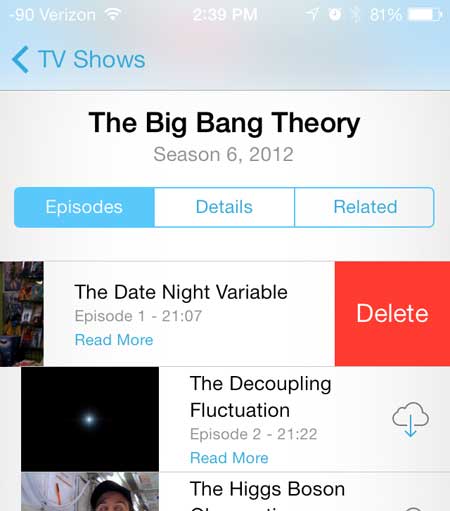 Step 5: Touch the Delete button to delete the episode.