Your iPhone 5 has a limited amount of storage space, which means that you won’t be able to store more than a few TV show episodes on the device. But if you have had your Apple ID for more than a couple of years, you may have an extensive collection of TV show episodes that you could want to watch at any given time.

Fortunately you can configure your iPhone 5 to display all of your owned TV show episodes in the Videos app, allowing you to download episodes from the cloud.

Following the steps below will allow you to view a combined list of the TV episodes that you have downloaded on your phone, as well as the episodes that you own but haven’t downloaded. This even gives you the ability to stream iTunes videos from the cloud instead of downloading them to your iPhone 5. Note, however, that streaming like this should only be done when you are connected to a Wi-Fi network as it could use a lot of data if you stream video over a cellular connection.

Step 2: Scroll down and touch the Videos button. 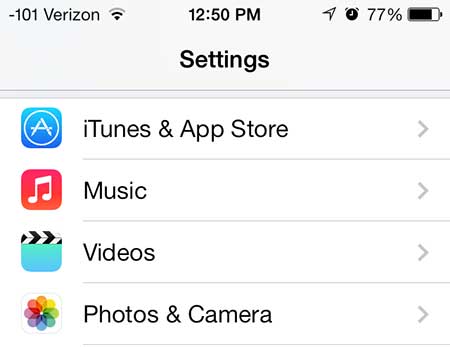 Step 3: Move the slider to the right of Show All Videos to the right. There will be some green surrounding the slider button when it is in the correct position. 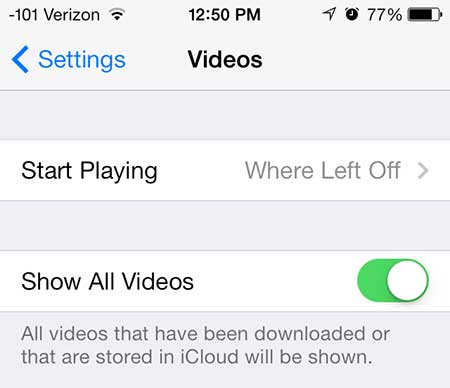 Music is handled in a similar method in iOS 7 as well. You can read this article to learn how to stop showing music in the cloud in iOS 7.