When you install Norton 360 on your computer, you are getting more than just a means to protect your computer from viruses. You also get a firewall, some online backup storage, and some additional utilities to keep your computer running smoothly. But part of the anti virus protection that comes with Norton 360 is an active scan that you can run on any of your computer’s drives, or connected drives. This means that any USB storage that you connect to your computer can be scanned. So if you are wondering how to scan a USB flash drive with Norton 360, you can follow the tutorial below.

Run a Scan on Your USB Flash Drive with Norton 360

One common way that viruses can be transferred from one computer to another is via external storage. External hard drives, memory cards and flash drives are devices that can easily be connected to any computer with a USB drive, which means that viruses can attach themselves to files on that device. When the drive is then connected to another computer, a virus that was transported with the USB flash drive can be transferred to the computer. Symantec, the makers of Norton 360, realize that this is a serious threat, so they have included an option that is automatically activated after you install Norton 360. Once Norton 360 is installed, you can follow the instructions below to learn how to scan a USB flash drive with Norton 360.

Step 1: Insert the USB flash drive into a USB port on your computer. If an AutoPlay window opens, you can close it. 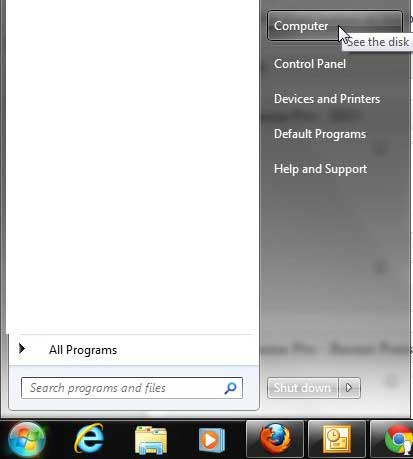 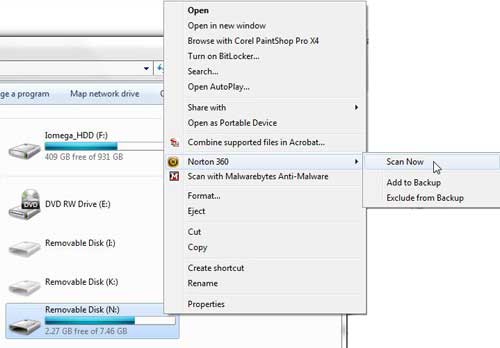 The scan will start automatically, and Norton 360 will inform you if it locates any threats. If threats are located, then it will also you instruct you as to the best way to remove them. If you frequently connect an infected USB flash drive to a number of different computers, you should consider running a full manual scan on each of those computers to attempt and eliminate any discovered threats.