Norton 360 is a very powerful utility for protecting your computer from the dangers of the Internet. When you install Norton 360, you are given access to a number of different tools, including an active anti-virus program, a firewall, free online backup space and identity protection, in addition to many others. While it may be true that there are free programs and services that will protect your computer, I have found that I install Norton 360 on most of my computers, despite the fact that it is a paid service with a yearly subscription cost.

While the easiest way to renew a subscription to Norton 360 is by adding a credit card to your Norton 360 account and allowing Norton to auto-renew your subscription, thrifty consumers may find special deals on Norton 360 either at brick and mortar stores or through various online retailers. Norton understands that there are many ways to acquire a valid license for their product, so they have included a method for you to add a license to Norton 360.

Add a License to Norton 360 from Directly Within the Program

One of the best aspects of Norton 360 is that you can view, manage and update your account from directly within the program installed on your computer. If you have purchased a new version of the Norton 360 software, it comes with a new license. However, you do not need to remove the existing Norton 360 installation that you have on your computer. You can simply add the license from the new version to your existing installation, and it will extend your current subscription by one year.

To begin, double-click the Norton 360 icon in the system tray at the bottom-right corner of your screen. 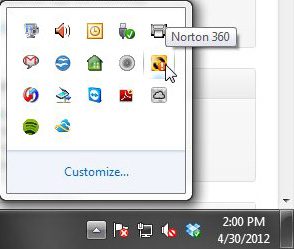 Click the Renew link at the bottom of the window, under Subscription Status.

Type the product key included with your new Norton 360 package into the blank field at the bottom of the window, then click the arrow button. The product key, in most cases, can be found on a sticker affixed to a card included in the Norton 360 box. 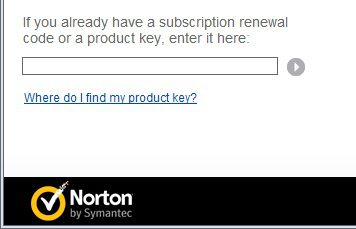 Norton will go through the process of confirming that you have entered a valid product key, then it will tell you that the activation was successful and will display the number of days that are left until you need to renew your subscription again.

You can access your Norton 360 account at any time by clicking the Account link at the top-right corner of the Norton 360 program window. From this screen you can renew your subscription, make changes to your account, purchase additional online storage space, or purchase a license for an additional PC.

To learn more about Norton 360 and the features it provides, read some of our other tutorials, including this one about configuring the Norton 360 firewall.