In many situations an antivirus program, such as Norton 360, will take the stance that too much protection is better than not enough. While this will work in your benefit in many situations, it can be problematic if you are attempting to run a program that has been flagged by Norton 360 with the WS.Reputation.1 designation. Basically this means that a program you are attempting to run does not have a very sizable history in the Norton community, and Norton is avoiding any potential problems on your computer by preventing you from using it. But this is particularly troublesome for smaller software developers that have put forward a secure product but, because it is not very popular, Norton is preventing it from being installed. Fortunately you can turn off a setting called Download Intelligence in Norton 360 v6 to prevent this from occurring.

It is important to note that, before you take this action, you are potentially leaving yourself vulnerable to malicious programs in the future. Download Intelligence can be a very useful tool, it is simply problematic when you are trying to download or use a program that you know to be safe. So be sure to exercise caution when downloading unknown programs while this setting is disabled.

Step 1: Right-click the Norton 360 icon in the system tray at the bottom-right corner of your screen, then click the Open Norton 360 option. 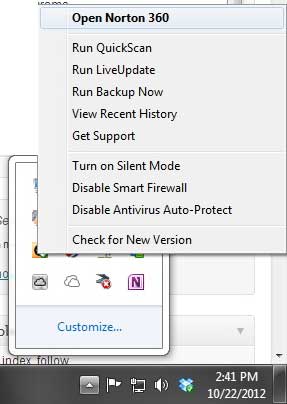 Step 2: Click the Settings option at the top of the window. 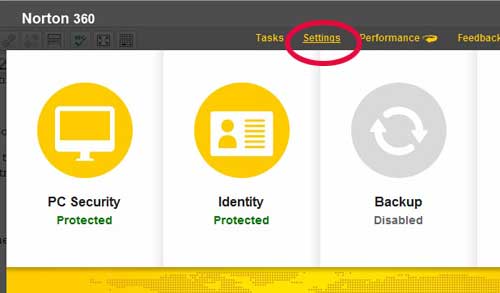 Step 3: Click the Firewall option at the left side of the window. 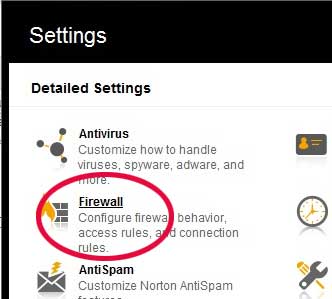 Step 4: Click the Intrusion and Browser Protection option at the top of the window.

Step 5: Click the button to the right of Download Intelligence to set it to Off, then click the Apply button at the bottom of the window.

Step 6: Choose the duration for which you would like this setting to remain off, then click the OK button. 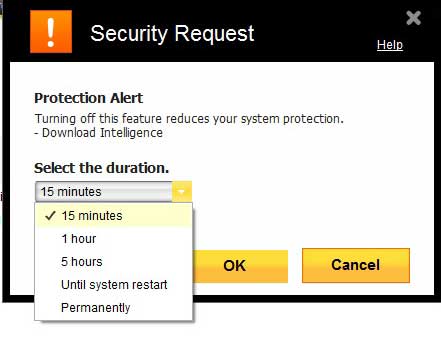 We have previously discussed some other helpful options for handling your Norton 360 antivirus program. You can read these articles here.