After you complete the initial setup on the Apple Watch, you will find that there are some app icons that are added to the watch based on the apps that are installed on your iPhone. Many app developers include Watch versions of their apps now, and these Watch apps often include some interesting additional functionality.

If you are ready to start looking for new apps to add to your Apple Watch, then you can do so through the Watch app on your iPhone. Our guide below will show you a couple of different ways that you can search for and install new apps for your watch.

How to Get an App for the Apple Watch

The steps below were performed through the Watch app on an iPhone 7 Plus in iOS 10. The watch being used was running the Watch OS 3.1 software.

Step 1: open the Watch app on your iPhone. 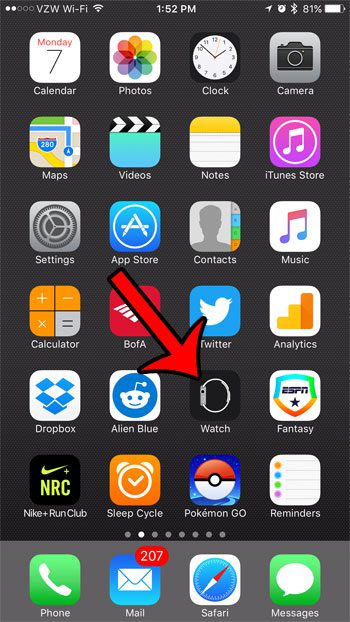 Step 2: Select the App Store tab at the bottom of the screen.

Step 3: Find that app that you want to download, tap the Get button (it might show a price if it’s a paid app), then tap the Install button. 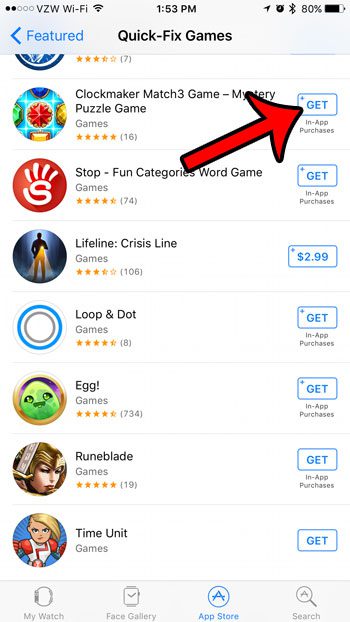 Note that the app will download to your iPhone as well as your Watch. You can access the app screen on your watch by pressing the crown button, then locating and tapping the app icon. 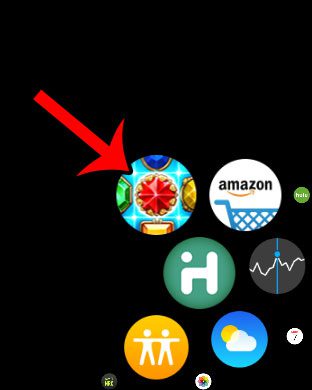 You can also search for an app using the Search tab at the bottom of the Watch app, typing the name of the app you wish to download, then tapping the appropriate search result. 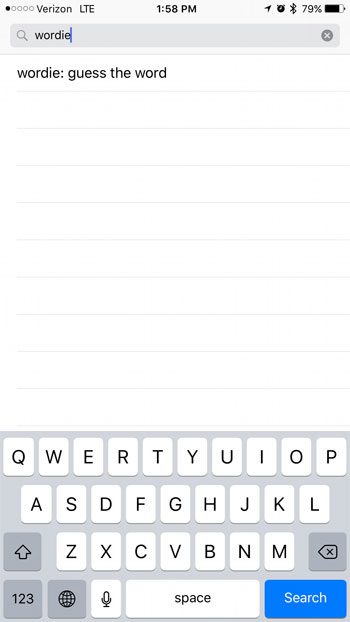 If you find that you don’t like an app that you have added to your Watch, then you can choose to remove it. Learn about deleting Apple Watch apps to see how you can do it directly from the watch itself.