After updating to iOS 8 on your iPhone 5 you will notice that some things are different than they used to be. Among these changes is the addition of a Tips app. Like many of the other default apps on your device, this app cannot be deleted. So if you have no need for the Tips app and simply want to get it out of sight, then you can learn how to move it to an app folder.

Fortunately there is an app folder on your device in iOS 8 by default, called Extras. This is a great place to put the Tips app, as well as any of the other default apps that you will not use. So even though you cannot delete the Tips app on your iPhone 5, at least you can prevent it from taking up screen real estate that is better used by apps that you want.

Moving the Tips App Out of Sight in iOS 8

The steps below will show you how to place the Tips app inside of the Extras folder. This folder is on your second Home screen, and contains other features like the Contacts and Compass app. If you have already eliminated the Extras folder from your device, then you can read here to learn how to make a new app folder.

Step 1: Tap and hold the Tips app until all of the app icons on your screen start to shake. Some of them (the ones that can actually be deleted) will have a small x at the upper-left corner. 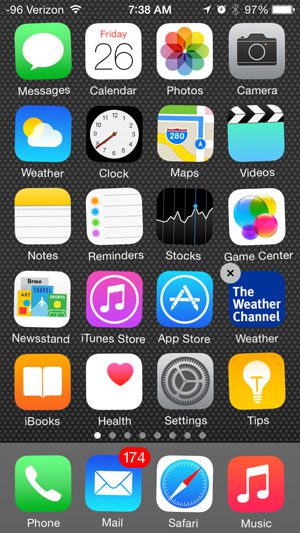 Step 2: Drag the Tips app to the right side of the Home screen, then drag it on top of the Extras folder until it is placed inside of the folder. 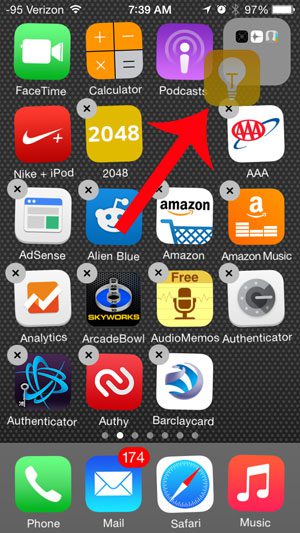 Step 3: Press the Home button under your screen to lock the apps into their new locations. 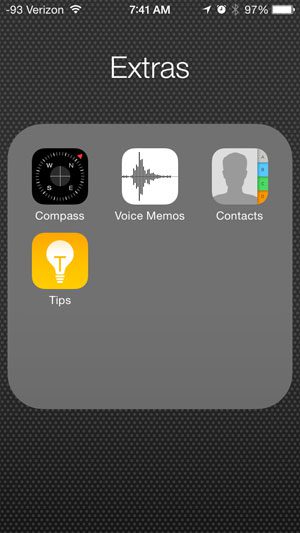 Check out the rest of our iPhone articles for tips on how to use your device.