Using the automatic app update feature on your iPhone will typically do a good job of spreading out your app updates. This means that you won’t often encounter a situation where you are unable to use an app because it is queued up to receive an update.

But that situation can still arise, which might be problematic if you need to use a particular app, but are unable to because it is awaiting an update. Fortunately your iPhone 7 has 3D Touch, which give you access to some additional menu options which allow you to prioritize certain app updates over others.

How to Force a Queued iPhone App Update to Occur Next

The steps below are performed on an iPhone 7 Plus, in iOS 10. These steps require you to have 3D Touch enabled on your iPhone. This article will show you where to find the 3D Touch setting on your device.

Step 1: Locate the app that currently has an update queued on your iPhone. It should say Waiting under the app if it is currently awaiting an update. 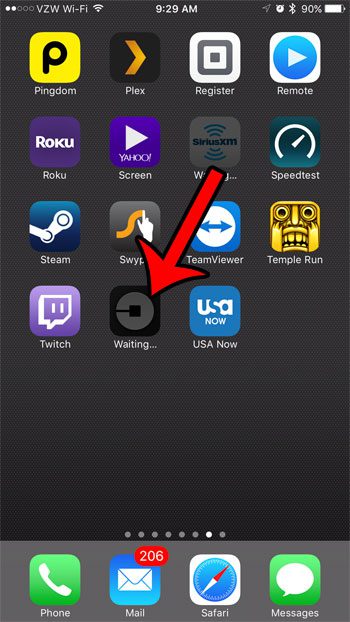 Step 2: Tap and hold on the icon (you will need to press fairly hard), then select the Prioritize Download option from the menu that appears. 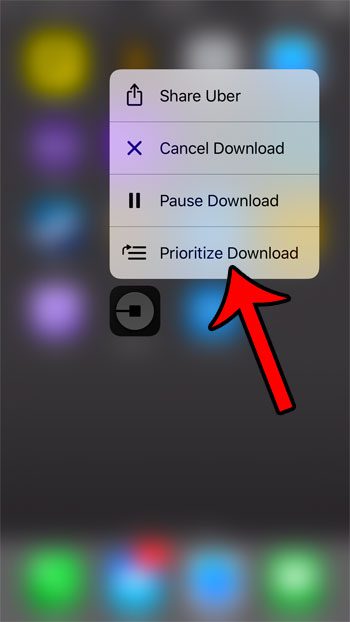 This app should then be the next app for which an app update is installed. Note that you can also choose to pause or cancel the download from that menu as well.

If you are tired of your iPhone constantly updating your apps, then you can elect to switch those app updates over to manual control. Learn how to stop your apps from updating automatically so that you can decide whether or not a specific update to an app is installed.