Over a long enough period of time, many iPhone users will accumulate a large number of apps. These apps often require updates, which you can configure your iPhone to take care of automatically. App updates will install when they become available, and you are unlikely to notice many of them.

But if you need to use an app and it is in the process of updating, and has been doing so for a while, then you might be frustrated. Fortunately you can access a hidden menu that allows you to pause or cancel an update that is currently occurring on your device. Our guide below will show you how.

The steps in this article were performed on an iPhone 7 Plus, in iOS 10. These steps require you to have 3D Touch enabled on your iPhone. This article will show you where to find that setting so that you can turn it on.

Step 1: Browse to the app update that is currently being installed.

Step 2: Tap and press down on the app icon until you see the menu below. 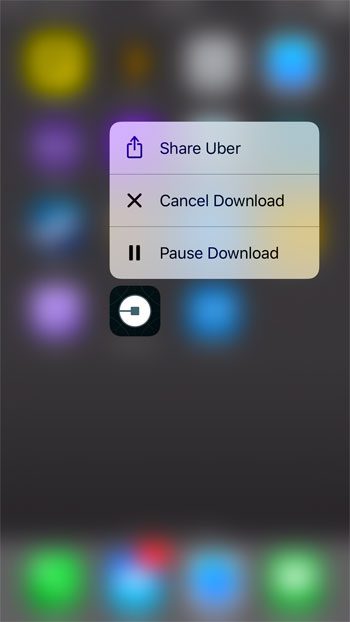 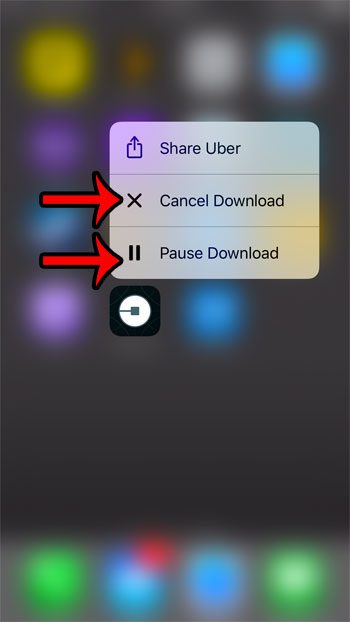 Note that 3D Touch requires you to press down on the app icon with a bit of force, so you may inadvertently cause your app icons to start shaking instead of making the update interaction menu appear. If your app icons start shaking and a small x appears at the top-left corner, then press the Home button under your screen, then press down on the app icon a little harder.

Are you receiving unwanted phone calls? Learn how to block calls in iOS 10 and prevent the same number from calling you repeatedly.