Have you experienced a situation where you receive a phone call on your iPhone and other iPhones in your home start ringing? This is occurring because of a feature included with iOS 8 that affects devices which share the same Apple ID. Many families choose to share an Apple ID because it allows them to share iTunes and App Store purchases, allowing them to save money by only needing to buy things once, but it can have some unintended consequences, such as multiple device ringing.

This article was performed on an iPhone 5, in iOS 8. You will still be able to receive phone calls on your iPhone after turning off this setting. This will simply prevent all of the devices using the same Apple ID from ringing at the same time for a call to one device.

Note that this option is a part of Apple’s Continuity feature included with iOS 8. You can read more about it here. 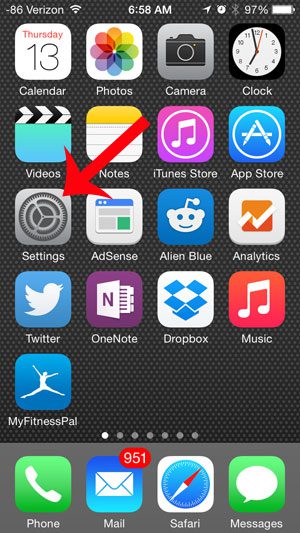 Step 2: Scroll down and select the FaceTime option. 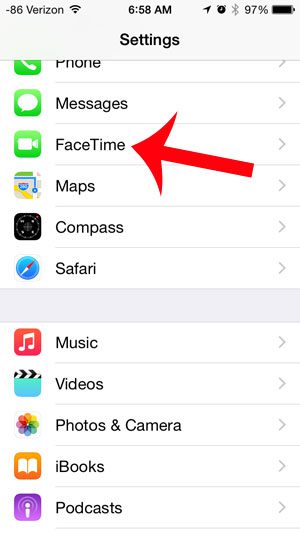 Step 3: Touch the button to the right of iPhone Cellular Calls. Note that there will not be any green shading around the button when it is turned off, as in the image below. 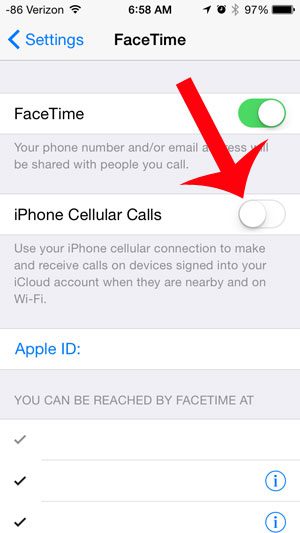 If you find that you are also receiving text messages that are meant for another iPhone connected to your Apple ID, then you might wish to turn off iMessage as well.