Do you and a family member share an Apple ID? It is not an uncommon situation, and it has the benefit of allowing both of you to share app, music and movie purchases. But sharing an Apple ID on multiple iPhones can cause a problem with your text messages. Specifically, it is a problem that is caused by your Apple ID, iCloud and iMessage.

iMessages are messages that can only be sent between iOS devices such as iPhones, iPads and Mac computers. This is why only some of the messages that are being sent to one device are visible on the other device as well. You can read more about the difference between regular SMS messages and iMessages here. But iMessages can be turned on for any compatible device that is using the same Apple ID, and iMessages will get sent to all of the devices that are using that same Apple ID. To fix this issue you can create a new Apple ID, sign out of the old Apple ID on your iPhone, then sign in with the new one. You can also navigate to Settings > Messages > Send & Receive and make sure that only the phone number for the respective device is selected on each iPhone. 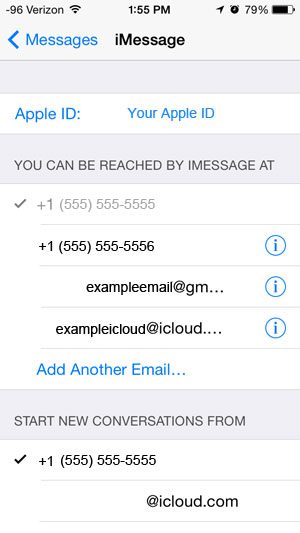 Or you can follow the steps below and turn off the iMessage feature on both of your iPhones. You will then simply receive all of your iMessages as regular SMS messages.

Turning Off iMessage on an iPhone 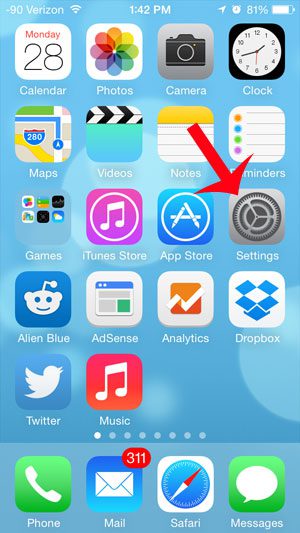 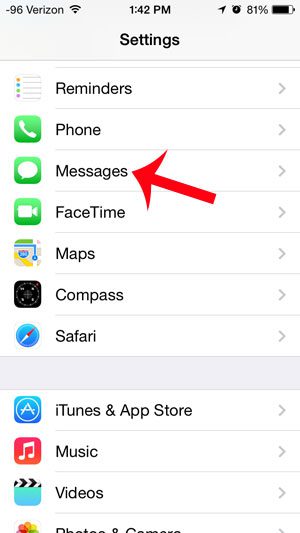 Step 3: Touch the button to the right of iMessage to turn it off. 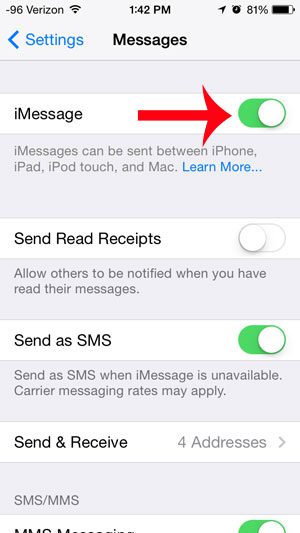 You will know that it is turned off when there is not any green shading around the button. For example, iMessage is turned off in the image below. 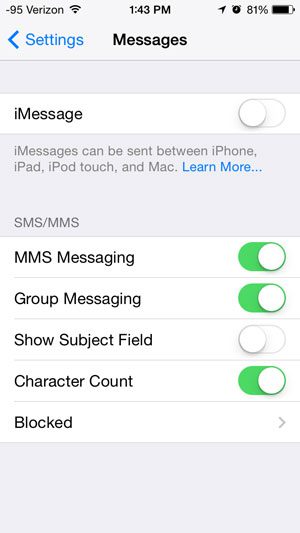 Are you having a similar problem with your iPad? This article will teach you how to disable iMessage on an iPad.