All of these apps (well, most of them, at least) will need updates from time to time. Your iPhone has a setting that you can enable which will automatically install these updates as they become available. But you might need to keep a specific version of an app, or you might prefer to decide on your own whether you want to update an app. Our guide below will show you how to stop your iPhone apps from updating automatically on their own.

How to Turn Off Automatic App Updates on an iPhone 7 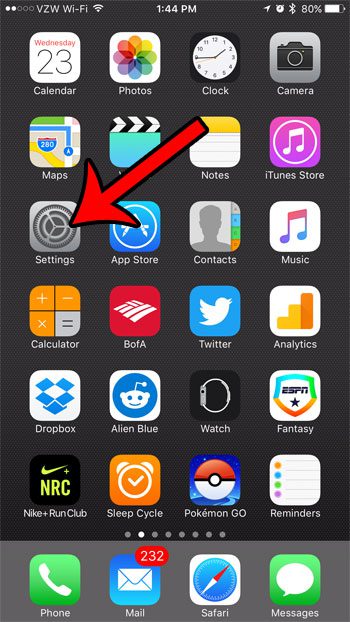 Step 2: Scroll down and select the iTunes & App Store option. 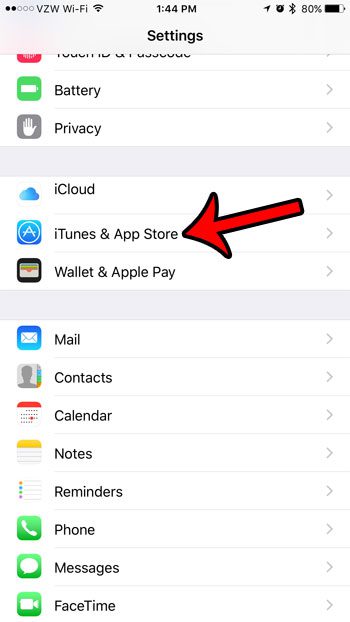 Step 3: Tap the button to the right of Updates under Automatic Downloads to get your iPhone to stop updating your apps automatically. 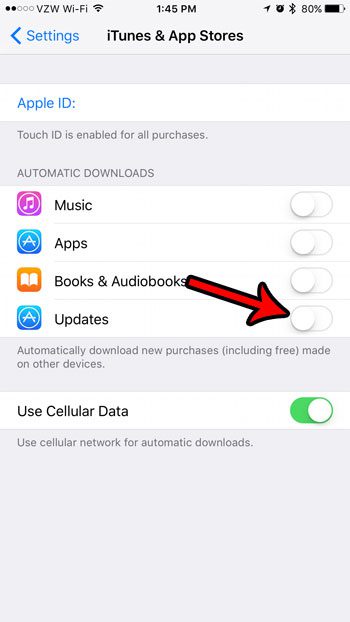 Note that this does not have an effect on how iOS updates are handled on your iPhone. This only affects app updates that come through the App Store.

After making the change above, you will need to manually install updates for your apps. You can do this by opening the App Store, selecting the Updates option at the bottom of the screen – 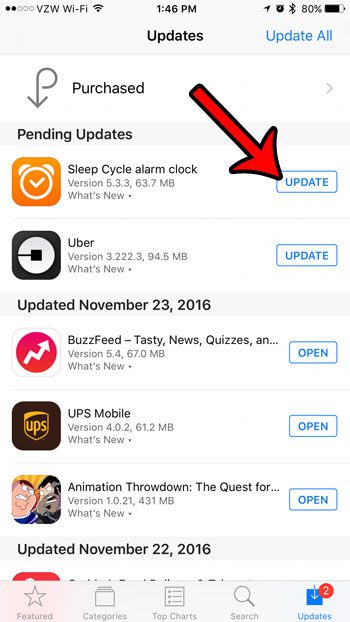 When you have a lot of updates that are trying to install automatically, your iPhone will prioritize these updates on their own. This can lead to a situation where an app has an update queued up, so you can’t use it. This article will show you how to pause or cancel an app update so that you can open the app.