There are tons of apps in the iPhone App Store that let you do some cool things with your phone. Whether it’s a game, a banking app, or a utility, apps can often help you to perform tasks or entertain yourself from your device.

But these apps aren’t perfect, and the developers will inevitably fix a problem or add a new feature. Many times these updates can’t be pushed through to the existing version of the app on the device, so they need to be applied through an update, which you can download through the App Store. Our tutorial below will show you how to update an app on your iPhone SE.

Install An Update for an iPhone SE App

The steps in this article were performed on an iPhone SE, in iOS 10.3.2. Note that an app will need to have an available update for you to update it. If the app is running poorly and you would like to reinstall it, then this article will show you how to delete an app from your iPhone, after which you can go back to the App Store and re-download the app to see if that resolves the problem. 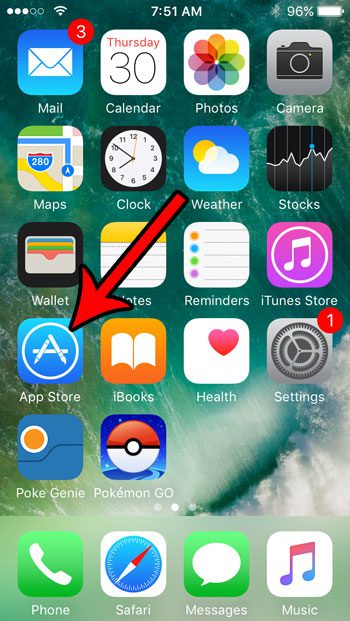 Step 2: Select the Updates tab at the bottom-right corner of the screen.

Step 3: Scroll through the list of available updates and tap the Update button to the right of any app that you want to update. 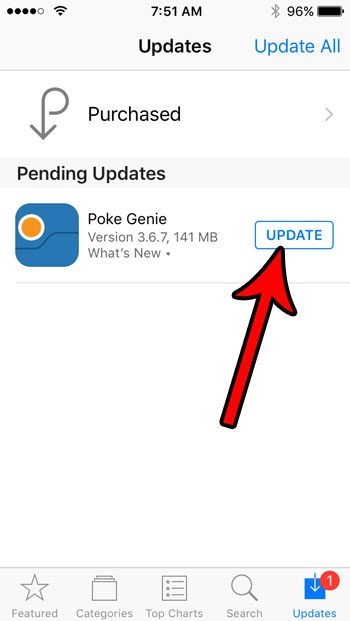 If you would prefer not to handle all of your app updates manually, then there is another option. You can elect to let your iPhone handle your updates for you. This option is found on the Settings > iTunes & App Store menu, where you want to enable the Updates option under Automatic Downloads. 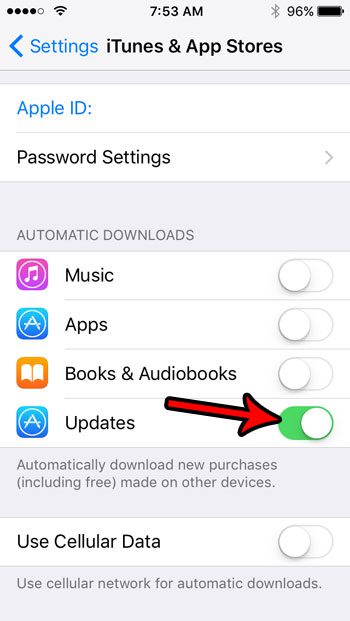 You can read this guide for additional information on installing automatic app updates for your iPhone SE.