The iOS 10 update to the iPhone included a lot of new features for the Messages app. One of these features allows for additional effects and full-screen animations that can be sent between iPhone users. While these are fun and different at first, you might eventually find them to be disruptive or annoying, which will lead you to learn how to stop them.

Our guide below will show you how to find and disable a setting that was introduced with the iOS 10.1 update which can stop these text message effects from playing automatically.

How to Stop the Text Message Effects on My iPhone

The steps below were performed on an iPhone 7 Plus, in iOS 10.1.1. If you don’t see the option described in the images below, then you might be running an iOS version from before this setting was added. If that is the case, you can see how to install an iOS update here. If you do not want to install an iOS update, then turning off the Reduce Motion setting on the same menu will also stop your message effects. However, this will also cause some other settings and features to stop working. 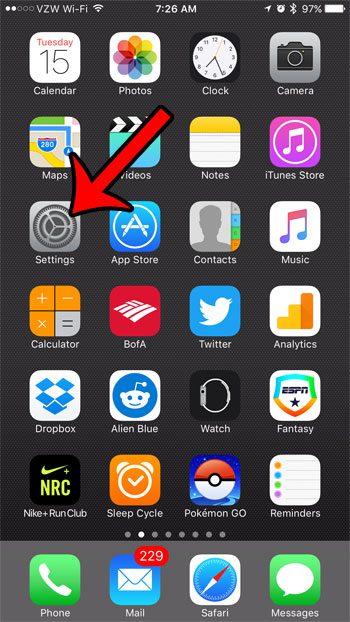 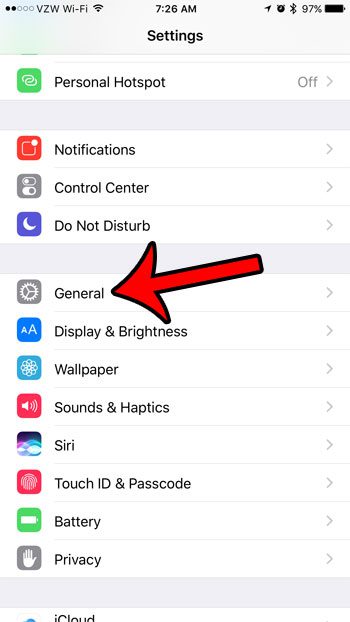 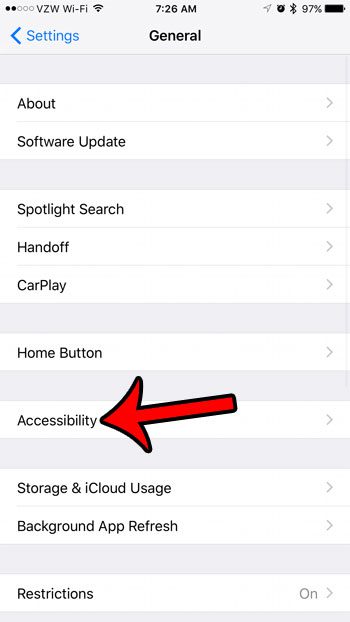 Step 4: Scroll down and select the Reduce Motion option. 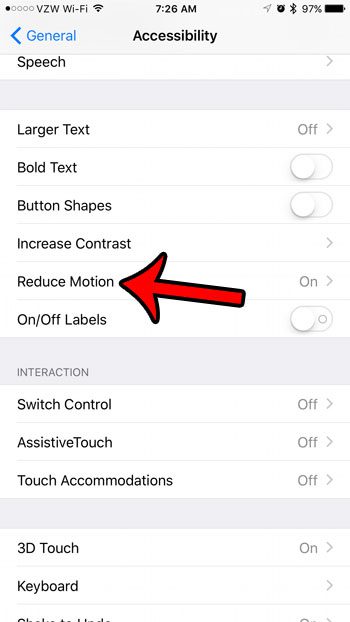 Step 5: Tap the button to the right of Reduce Motion to turn it on (if it isn’t already), then tap the button to the right of Auto-play Message Effects. There should be green shading around the Reduce Motion option, and there should be no green shading around the Auto-play Message Effects option. Text message effects are disabled on the iPhone in the image below. 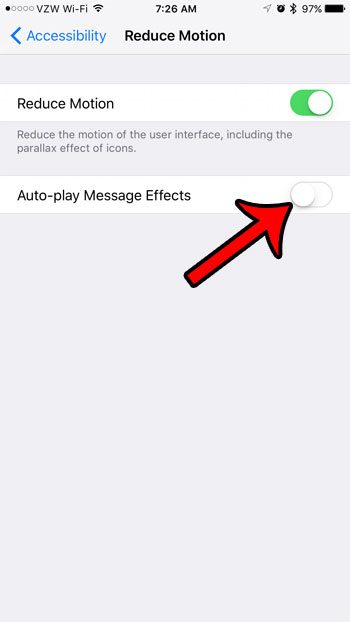 How to Turn Off Background App Refresh on an iPhone

Why is My iPhone Battery Icon Yellow?