Many of the apps that you download and install on your iPhone will have a corresponding Apple Watch app, too. it’s possible for these apps to install automatically, but you might have previously disabled the setting that allows that to happen.

So if you have downloaded an app to your phone that you would also like to install on your watch, then you might be wondering how to do so. Our guide below will show you where to find a list of apps with watch app counterparts that you can choose to install on your Apple Watch.

How to Install an Apple Watch App

The steps in this article were performed on an iPhone 7 Plus in iOS 10.3.2. The watch on which the app is being installed in an Apple Watch 2 running the 3.2.3 version of WatchOS. This guide will assume that the app is already installed on your iPhone. If not, you must first go to the App Store on your iPhone and install it. 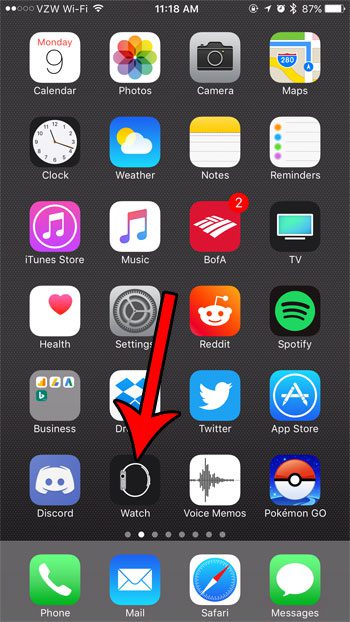 Step 2: Choose the My Watch tab at the bottom-left of the screen. 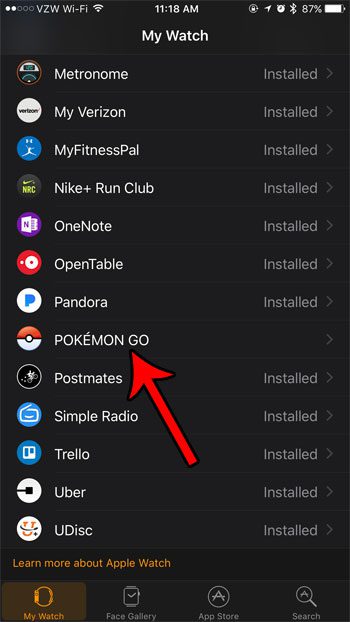 Step 4: Tap the button to the right of Show App on Apple Watch to install it. Installing the watch add may take a moment or two. 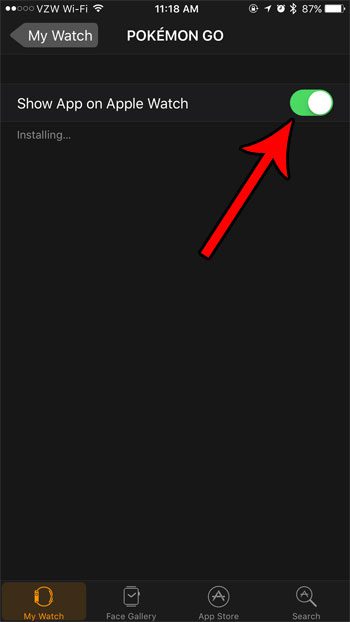 If you would prefer to automatically install watch apps when you install the app on your iPhone, then this article will show you where to find that setting.