Using Your iPhone to Install an Apple Watch Software Update

The steps below were performed on an iPhone 7 Plus, in iOS 10.0.1. Th Watch receiving the update is an Apple Watch 2 that is currently running Watch OS 3.0. Once the update is completed, it will be using Watch OS 3.1. These steps will assume that there is an update currently available for your watch. 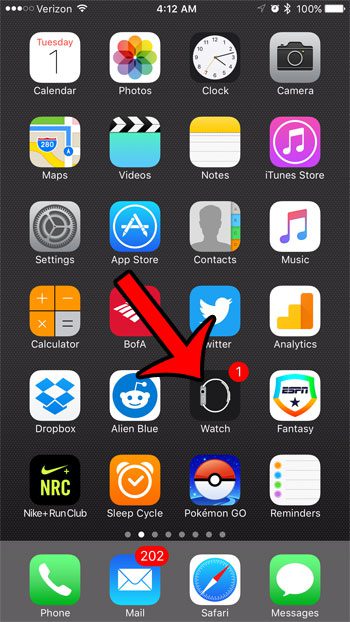 Step 2: Tap the My Watch tab at the bottom of the screen. 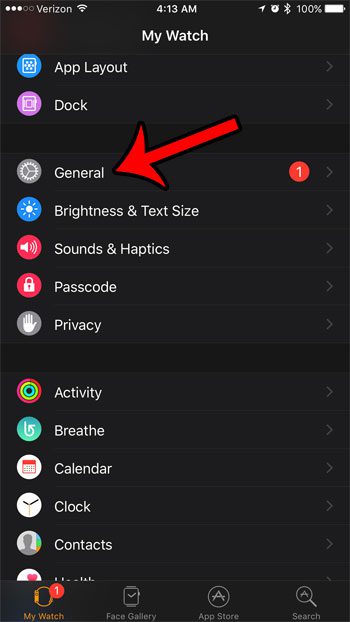 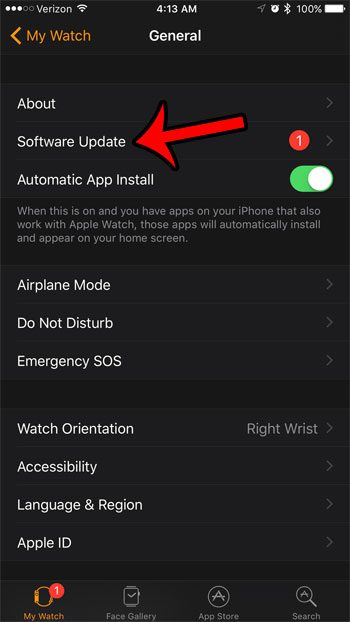 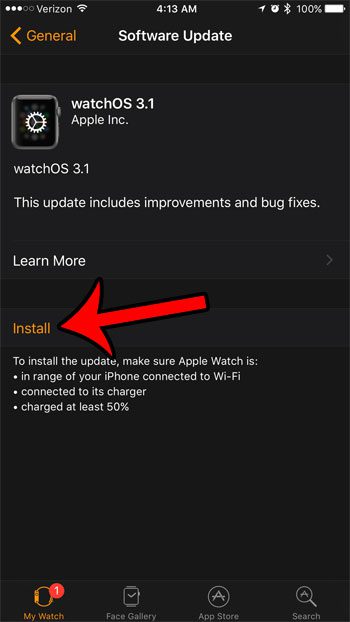 Step 6: Enter your passcode, if one is set. 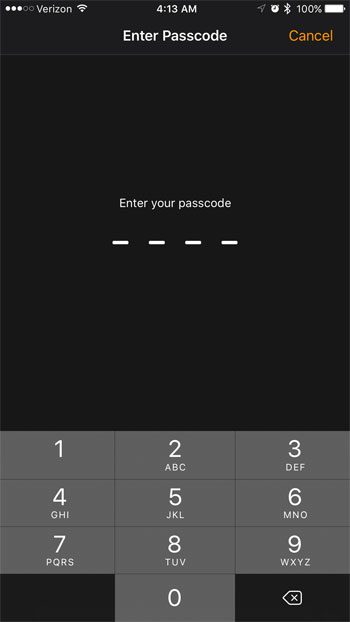 Step 7: Tap the Agree button at the bottom-right corner of the screen to accept the terms and conditions.

It will take a few moments for the software update to install on the watch.

Are there apps on your watch that you don’t use, and you would like to clean up the Home screen a bit? learn about deleting apps on the Apple Watch and remove some of the unwanted apps from the device.