The Notification Center and the Control Center on your iOS 7 iPhone contain a lot of helpful information and features. One new one that is particularly noticeable is a notification that says “Right now, it would take you about x minutes to drive home,” or something similar. This information is pulled from information that is stored on a menu called Frequent Locations, and is displayed as long as you have an option enabled that is called “Next Destination.” So if you want to remove this feature from your Notification Center, you can follow the steps outlined below.

Amazon has tons of great deals everyday on a wide variety of products. One area where these are displayed is a place called “Today’s Deals.” Click here to see the specials for today.

Turn Off the Notification That Says “Right Now, It would take you about x minutes to drive to x”

If you aren’t going to be using this feature, then you might also want to consider turning off the Frequent Locations option as well. We will provide a step-by-step method at the end of this tutorial for doing that as well. But to simply stop displaying your next destination, follow these simple steps. 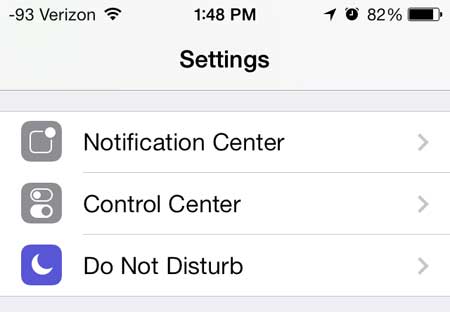 Step 3: Move the slider to the right of Next Destination from the right to the left. When it is off there will not be any green around the slider button. 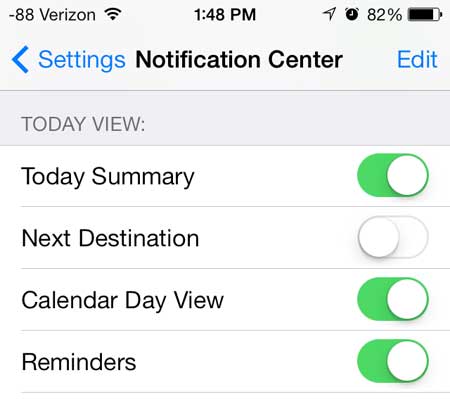 If you would also like to turn off the Frequent Locations information, you can do so by following the steps outlined below. 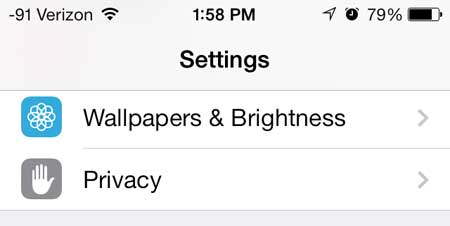 Step 3: Touch Location Services at the top of the screen. 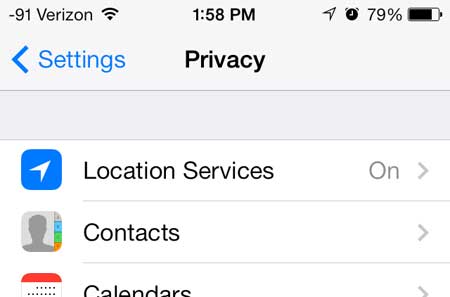 Step 4: Scroll all the way to the bottom of the screen and touch System Services. 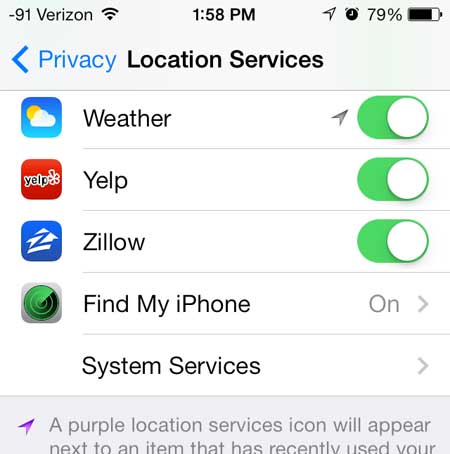 Step 5: Touch the Frequent Locations button at the bottom of the screen. 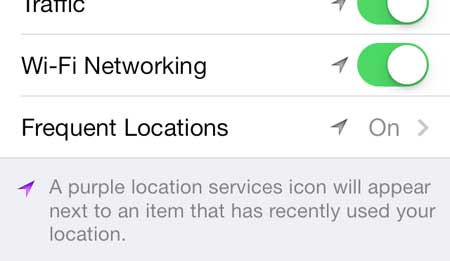 Step 6: Move the slider to the right of Frequent Locations from the right to the left. Again, there will be no green coloring surrounding the button when it is turned off. 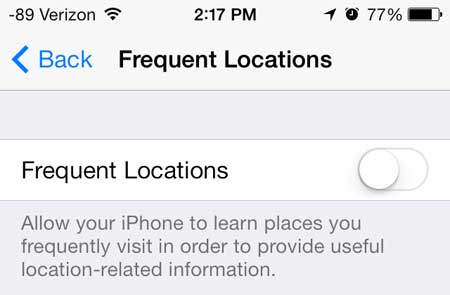 You can also clear the history of your frequent locations by touching the Clear History button at the bottom of this screen.

One of the best new features in iOS 7 is the ability to block unwanted callers. Click here to learn how.