Cell phones are just as big a target for annoying telemarketers and unsolicited phone calls as land lines, and the iPhone 5 used to lack a good way to combat this. There were other options available, such as setting silent ringtones and vibrations, or blocking a number through your carrier, but those options were less than ideal. But recent updates for the iPhone have added new feature, and one of them allows you to block a caller in iOS 7 on the iPhone 5.

Note that the steps below will only work on an iPhone that has been updated to iOS 7 or higher. Earlier versions of iOS did not include this feature.

Prevent a Phone Number from Calling You in iOS 7

Note that this is effective only for the specific phone number that you are blocking. If a telemarketing place calls you back from a different phone number, that call will still go through. You are only blocking that specific phone number. Additionally, after you have blocked a number, anytime that person calls they will hear a couple of rings, then it will go to a busy signal. This is a fairly distinctive interaction, and people that recognize it will know they have been blocked. With that in mind, follow the steps below to start blocking phone numbers in iOS 7. 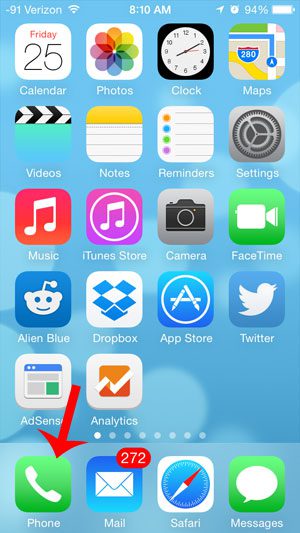 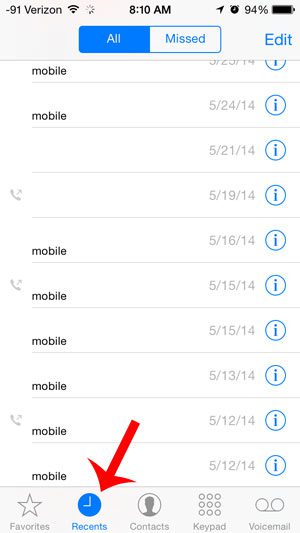 Step 3: Touch the Info icon to the right of the phone number that you want to block. The icon is highlighted in the image below. 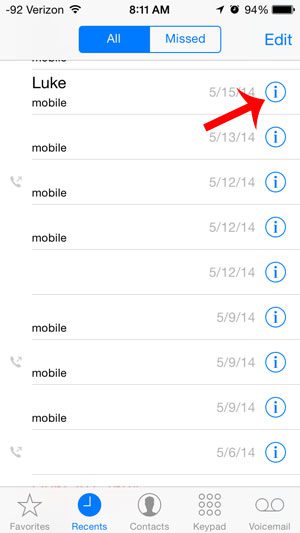 Step 4: Scroll to the bottom of the screen, then touch the Block this Caller button. 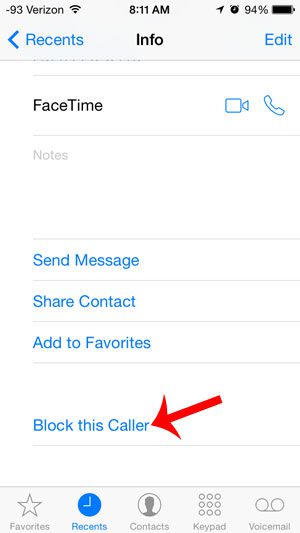 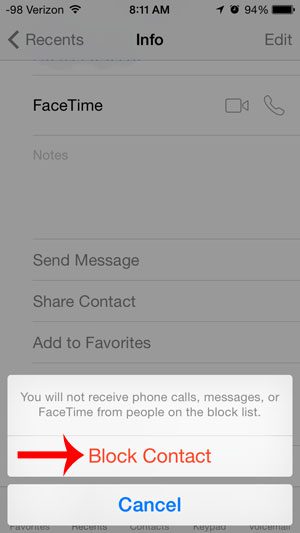 This phone number will now be blocked from calling you, sending text messages or making FaceTime calls.

If you decide later that you no longer want to block this number, this article will show you how to unblock someone.