After a little experience with your iPhone 5, you have probably realized that you can have multiple screens full of apps, but that there are four apps at the bottom of the screen that stay locked in place. This location is called the dock, and is a great place to put your most-frequently used apps. But if you have more than four apps that you want to put here, then the limitations of the dock can become a problem. Fortunately you can put a folder in your dock and give yourself access to more apps in this location.

Your iPhone 5 running the iOS 8 operating system allows you to put app folders in your dock, providing you with a convenient way to access a much larger number of apps. If this is something that you have been wanting to do, then our guide below will show you how.

These steps were performed in iOS 8 on an iPhone 5. Earlier versions of iOS may not have this capability.

This article will assume that you already have a folder of apps that you want to put into your dock. If not, then you can create a folder by tapping and holding an app until it starts to shake, then dragging that app icon on top of another app icon. For more in depth instructions, read this article.

Step 1: Tap and hold the app folder until it starts to shake. 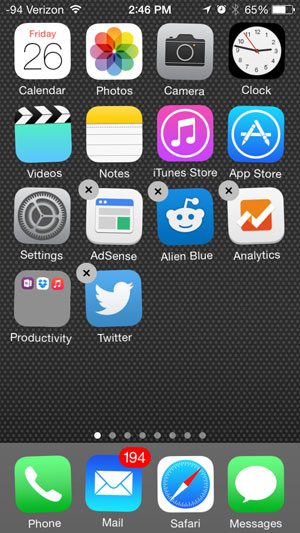 Step 2: If you already have four apps in your dock, then touch the one that you want to remove and drag it to the Home screen. 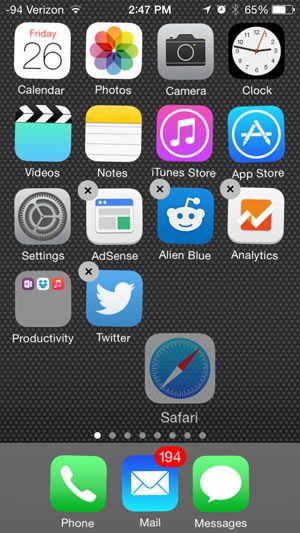 Step 3: Touch the app folder and drag it to your preferred location in the dock. 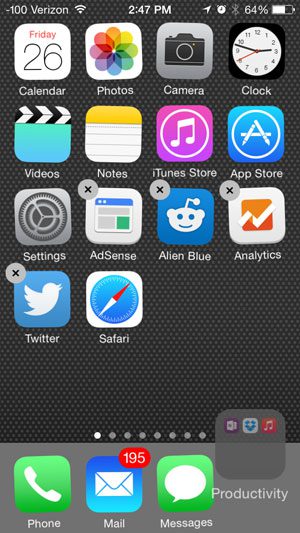 Step 4: Press the Home button under the iPhone screen to lock the icons into place. 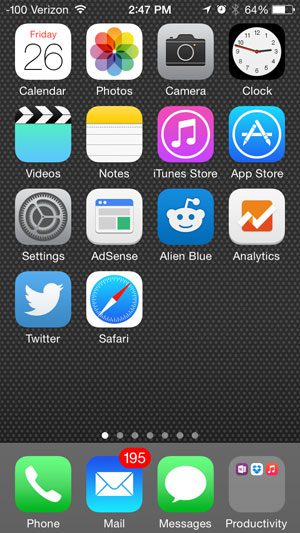 Is the Tips app in the way in iOS 8? Move it to a folder so that it stops taking up valuable screen real estate.