There are only a couple of ways that you can interact with your Apple Watch, so it’s helpful to make those interactions as effective as they can possibly be. One method of using the Watch is to press the buttons on the side of the device. The flat button lets you interact with your dock, where some of the more commonly used apps can be found.

That dock is not set in stone, however. You can elect to add additional apps to the Apple Watch dock if you so choose. Our guide below will show you how to perform this action through the Watch app on an iPhone.

The steps in this article were performed on an iPhone 7 Plus, in iOS 10.2. The Watch being changed is an Apple Watch 2 using the Watch OS 3.1.3 version. Learn how to check the Watch OS version on an Apple Watch if you aren’t sure where to find that information. 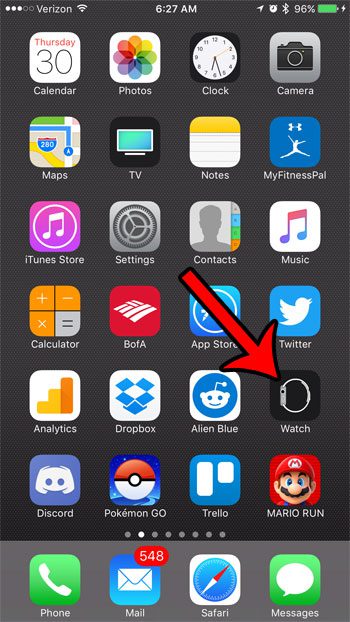 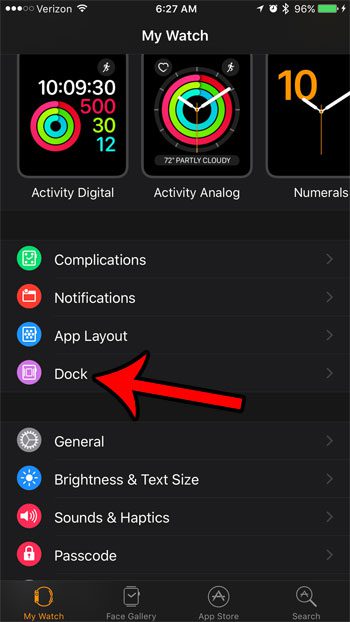 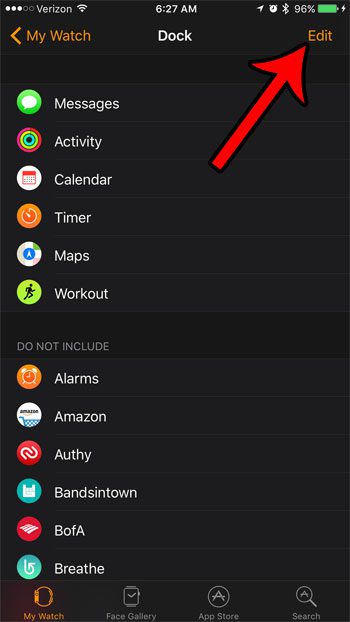 Step 5: Tap the green + icon to the left of each app that you want to include in the dock. 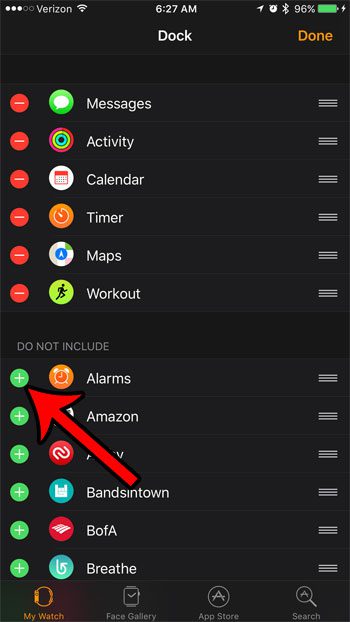 Step 6: Touch the Done button at the top-right corner of the screen when you have finished adding apps to your Watch dock. 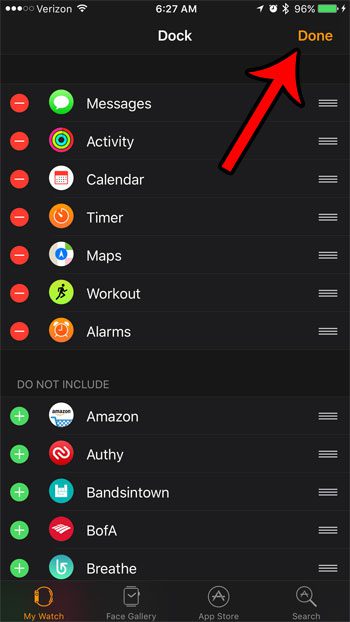 Most of the behaviors and settings on the Apple Watch can be modified or removed. For example, if you read this article, you can see how to disable the Breathe Reminders that pop up throughout the day.