The Chromecast has been very popular since it was first made available for purchase, due largely to its’ affordable price and simple setup. The Chromecast does not come with a remote control, but instead relies upon your phone, tablet or computer to select and control content. There is currently only support for Netflix, YouTube and Google Play, which all work by selecting what you want to play on your device, then the Chromecast downloads that content from the Internet and displays it on your TV. So if you have a Chromecast and a Netflix account, and you want to use them together via your iPhone 5, follow the steps below.

Controlling Netflix on the Chromecast with an iPhone

This tutorial will assume that you have already installed your Chromecast, you have a Netflix account, and you have the Netflix app installed on your iPhone 5. Additionally, you should also make sure that the Netflix app has been updated to its’ most current version. You can follow the steps here to learn how to update an iPhone 5 app.

Step 1: Turn on your TV and switch it to the input channel to which the Chromecast is connected.

Step 2: Launch the Netflix app on your iPhone 5.

Step 3: When you first open the Netflix app after installing your Chromecast, you should see a prompt like this at the top of the screen. 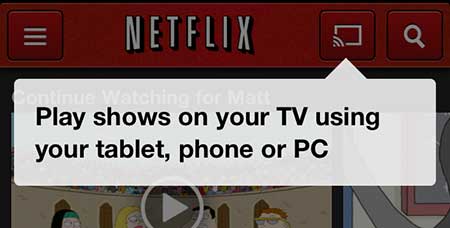 Step 4: Tap the Chromecast icon at the top of the screen.

Step 5: Select the Chromecast option at the bottom of the screen. 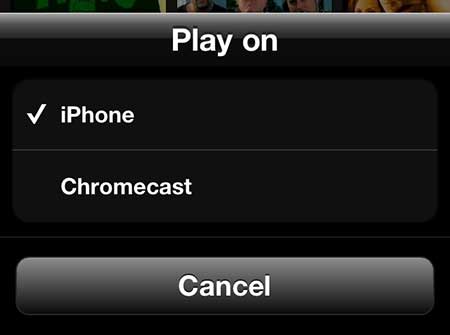 Step 6: Select a video to watch on the Chromecast, then wait a few seconds for it to start displaying on your TV. If you want to stop or pause the video, tap the blue bar at the top of the screen to access the video controls. 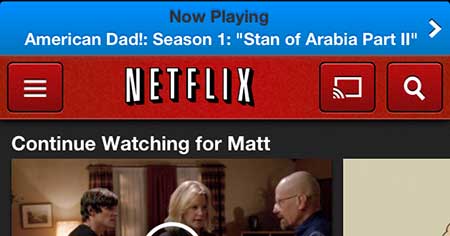 Are you looking for another set-top streaming box in this price range, but you want to watch Amazon Instant, Hulu Plus and HBO Go? Check out the Roku LT.

Learn how to mirror a Chrome tab from your Mac computer to the Chromecast.