Google’s Chromecast is a great device, due largely to its’ very affordable price tag. But it is much more than just a simple way to watch Netflix and YouTube on your television. You can also take advantage of a feature that allows you to mirror content from a tab in the Google Chrome Web browser on your Mac computer.

This tutorial will assume that you have already set up your Google Chromecast, and that your TV is turned to the input channel to which the Chromecast is connected. Your computer and the Chromecast also need to be connected to the same Wi-Fi network.

Step 2: Go to the Chrome Web Store at https://chrome.google.com/webstore/category/apps

Step 3: Type Google Cast into the search field at the top left corner of the window, then press Enter on your keyboard. 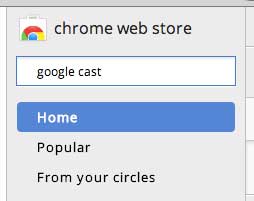 Step 4: Click the Add to Chrome button to the right of the Google Cast option.

Step 5: Click the Add button to confirm that you want to install the extension.

Step 6:  Browse to the Web page that you want to send to the Chromecast.

Step 7: Click the Google Cast icon at the top-right corner of the window, then select your Chromecast. 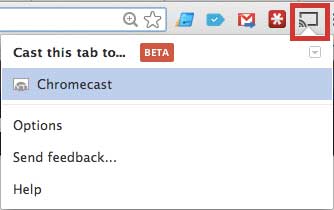 Are you looking for a video streaming box with a few more content options? The Roku LT will also allow you to watch Hulu Plus, Amazon Instant and HBO Go, and costs only slightly more than the Chromecast. Note, however, that it doesn’t have the tab mirroring option that is available on the Chromecast and described in this article.

Learn how to set Google Chrome as the default browser in Windows 7.