The Google Chromecast offers a simple and affordable way for you to watch streaming video directly on your TV. All that you need in order to control the Chromecast is a smartphone, computer, or a tablet, such as the iPad.

The Chromecast’s list of compatible apps is constantly being updated, but already includes HBO Go. So if you have an HBO Go subscription and want to be able to stream videos from that service to your TV using the Chromecast and your iPad, simply follow our short guide below.

Watch HBO Go on Your TV with a Chromecast and iPad

This tutorial will assume that you have set up your Chromecast, and that your iPad and Chromecast are both connected to the same wireless network. You will also need to have the HBO Go app installed on your iPad. You can read here to learn how to install and sign into the HBO Go iPad app.

Step 1: Turn on your TV and switch it to the HDMI input channel to which the Chromecast is connected.

Step 2: Open the HBO Go app on your iPad. 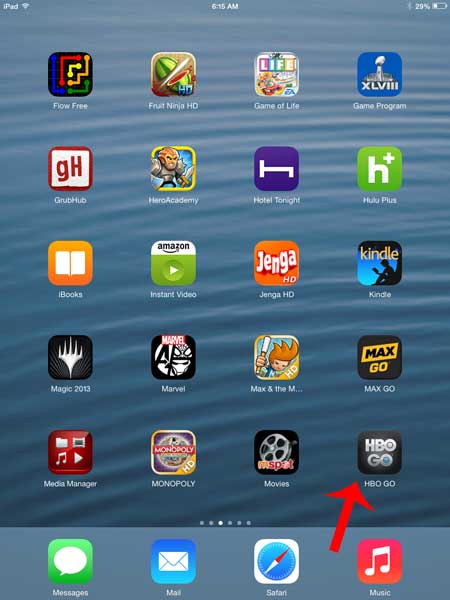 Step 2: Select the movie that you want to watch with the Chromecast. 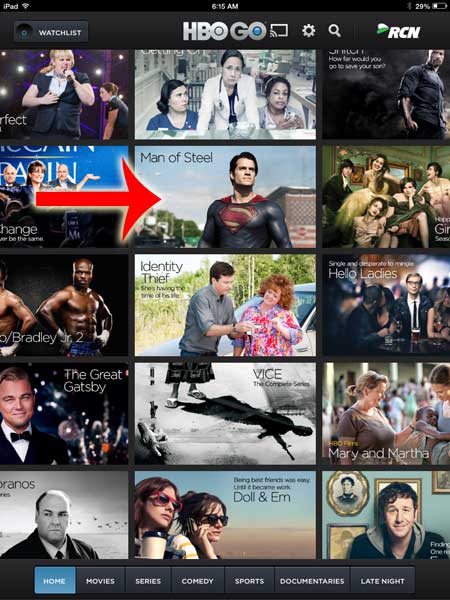 Step 3: Touch the Play button to start playing the movie. 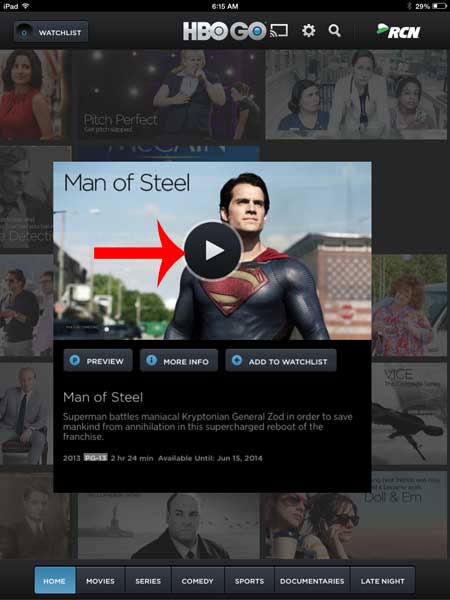 Step 4: Touch the screen icon at the top-right corner of the screen. 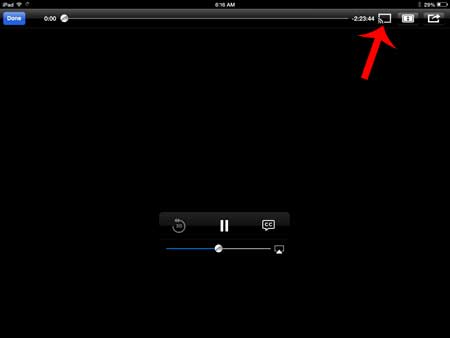 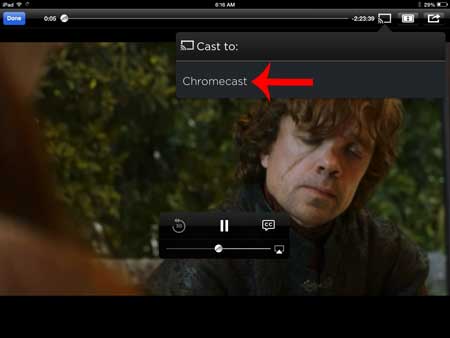 You will know that the video from the iPad app is being streamed to the Chromecast when the screen icon is blue. To stop streaming to the Chromecast, simply tap that icon again and touch the Disconnect button. 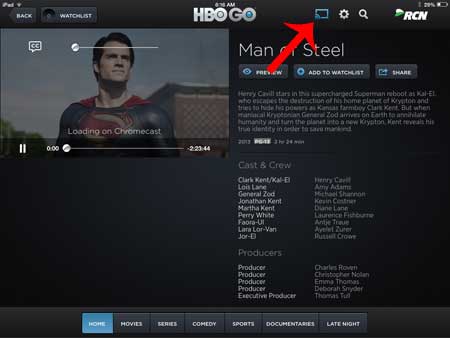 Do you also have a Netflix account? You can use similar steps to watch Netflix on your TV with the Chromecast as well.