The Apple TV includes a very useful feature called AirPlay. This feature allows you to send the contents of your iPhone, iPad or Mac computer to your TV through the Apple TV. Many apps on these devices will work natively with AirPlay but, for content licensing purposes, some of them are blocked. Until recently HBO Go would not work with AirPlay, but it does now. So continue reading below to learn how to watch HBO Go on your Apple TV with AirPlay.

This tutorial is going to assume that you have a cable subscription with HBO, an Apple TV, a device or computer capable of accessing HBO Go, and that both the Apple TV and the Apple product are on the same wireless network. Once these conditions are met, follow the steps below to watch HBO Go on your Apple TV.

Step 1: Follow the steps in this article to enable AirPlay on your Apple TV. If you have already enabled AirPlay, or once you have followed the steps in that article, you can proceed with the rest of the steps below.

Step 2: If you are on an iPhone or iPad, go to the App Store to download and install the HBO Go app. Open it once it has finished installing. 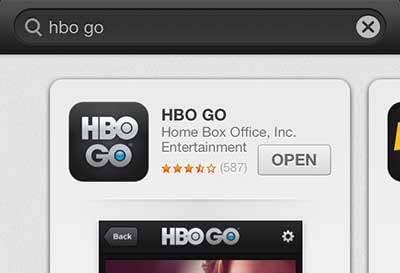 If you are on a Mac computer, you can go to www.hbogo.com.

Step 3: Tap the Sign In option at the bottom of your iPhone or iPad screen, or click the Sign In button at the top-right corner of the screen if you are on a Mac. 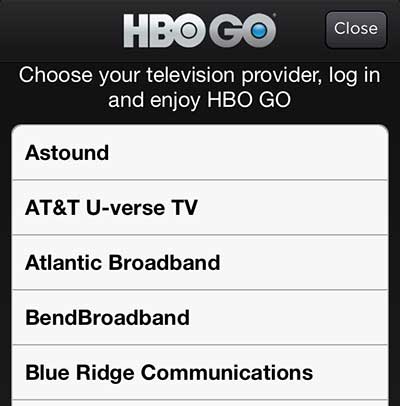 If this is the first time you are using HBO Go, you will also need to follow the steps on the screen to create an HBO Go account.

Step 5: Select the video you want to play, then tap the Play button. 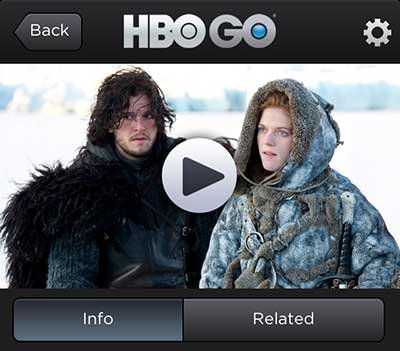 Step 6: Tap the screen to bring up the control menu. Note that the AirPlay button is circled in the image below. 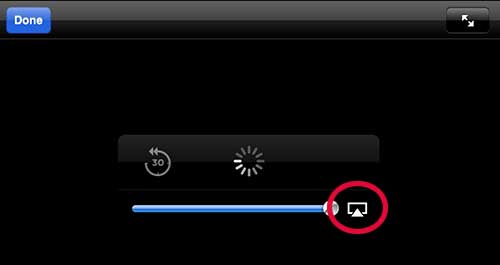 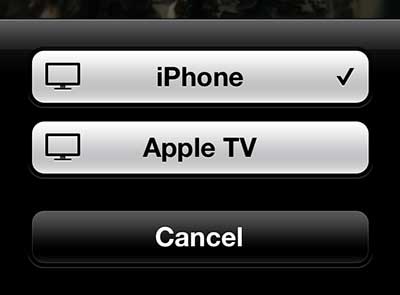 After a couple of seconds the video will begin streaming on the Apple TV.

If you have been thinking about getting an iPad to watch your HBO Go on another screen, consider the iPad Mini. The HBO Go app works wonderfully on the device, and the screen size is ideal for personal viewing anywhere at home or on the move.