HBO Now is a long-awaited service that allows you to watch HBO shows and movies without also having an HBO subscription with your cable TV package. It also has a channel that you can install on your Roku 3 so that you can stream video directly to the device.

But if the HBO Now channel is on your Roku and you don’t have a subscription, or you simply want to remove the channel, then our guide below will show you how to uninstall it.

Removing the HBO Now Channel from the Roku 3

The steps in this article will assume that you currently have an HBO Now channel showing on the Home screen of your Roku 3, and that you want to remove it. If you decide later that you would like to reinstall the HBO Now channel, then this guide will show you how to find, download, and install a channel directly from your Roku.

Note that HBO Now and HBO Go are two different channels, and they can be installed on your Roku simultaneously. HBO Now is a monthly subscription that you can use without having HBO with your cable provider, while HBO Go requires you to have the HBO service as part of your cable plan.

These steps are shown below with pictures as well –

Step 1: Press the Home button on your Roku 3 remote.

Step 2: Highlight the Home option in the column at the left side of the screen, then press the OK button on your remote. 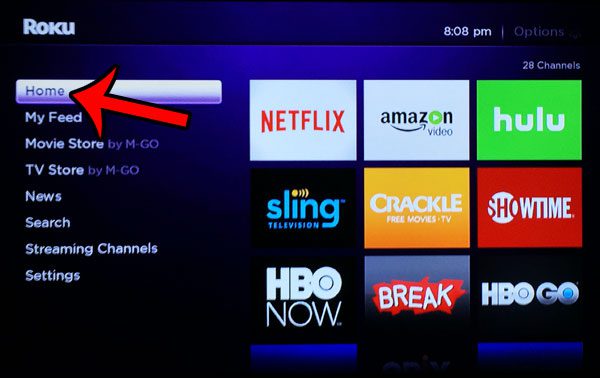 Step 3: Navigate to the HBO Now square on the menu, then press the * button on your remote. 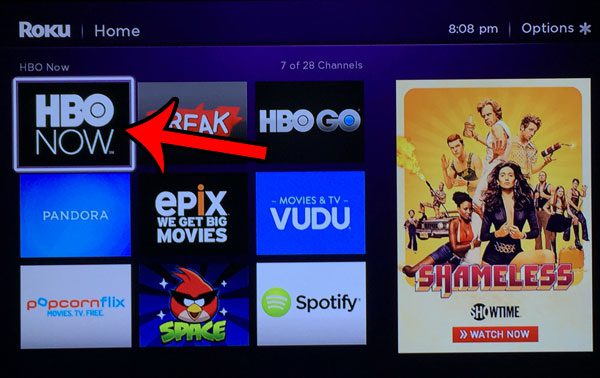 Step 4: Scroll to the Remove channel option, then press the OK button on your remote. Step 5: Select the Remove option, then press the OK button on your remote to confirm that you wish to remove the HBO Now channel.

Are you getting bored with the look of the Roku menu, and you want something different? Change the Roku 3 theme to one of several options to modify the way that the menus look.