Making and following Spotify playlists is a great way to organize your favorite music and listen to playlists put together by people that share your musical tastes. But longtime Spotify users, or even really active new users, may find that they have a lot of playlists in their library.

The default sorting for these playlists can be a little difficult to navigate, so you might be looking for a way to sort Spotify playlists by name on your iPhone 7. Fortunately there is a filtering option for your playlists that lets you reorganize them alphabetically. Our tutorial below will show you how to accomplish this is the Spotify app on your iPhone.

How to Sort Spotify Playlists Alphabetically on an iPhone 7

The steps in this article were performed on an iPhone 7 Plus in iOS 11.3.2. The Spotify app version being used was the most current version available when this article was written. If you want to manually sort the playlists on your Spotify account by a filtering method other than the ones available in the iPhone app, then you will need to download the desktop version of Spotify where you will be able to change the order of your playlists by dragging and dropping them manually. 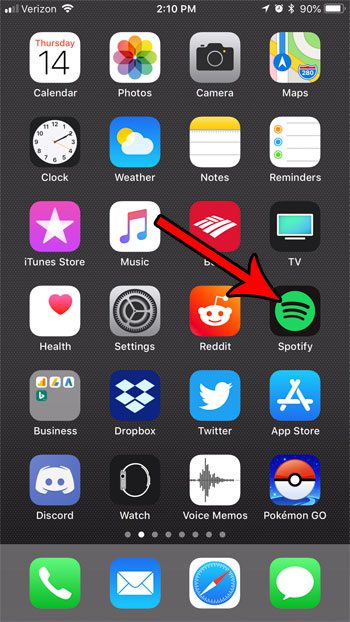 Step 2: Choose the Your Library tab at the bottom-right corner of the screen. 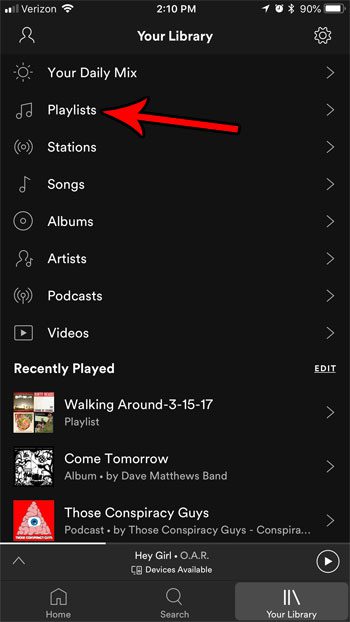 Step 4: Tap the menu icon (the one with three horizontal lines) at the top-right corner of the screen. You may need to swipe down on the screen to get the icon to display. 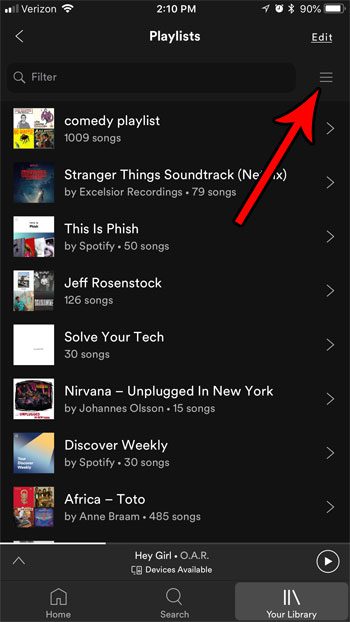 All of your playlists should now be listed alphabetically. You can return to the previous sorting by opening this menu again and tapping the Custom option instead.

Is your child using the Spotify app on their iPhone, and you want to restrict the content so that they can’t listen to explicit songs? Find out how to block explicit content in Spotify on an iPhone so that songs with profanity can’t be played.