While you may have discovered that you can sort playlists alphabetically, you may be looking for a way to put your playlists in a custom order. Our tutorial below will show you how to manually resort your playlist order using the desktop Spotify app for Windows.

The steps in this article were performed in Windows 10, using the desktop version of the Spotify app. If you use these steps to change the order of your playlists, that order will be reflected in other apps, like the iPhone Spotify app, when you have the custom sorting option enabled. You can read this article if you want to learn more about Spotify playlists.

Step 2: Locate your playlists in the column at the left side of the window. 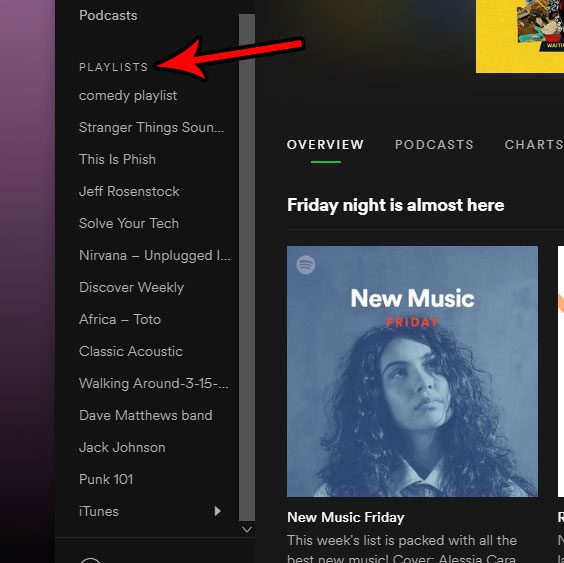 Step 3: Click on a playlist that you want to put in a different spot in your list, then drag it and drop it in the desired location. 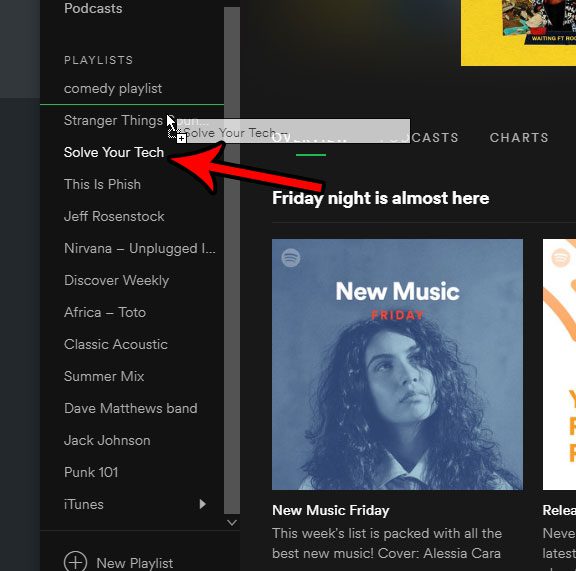 Step 4: Repeat step 3 until you have all of your playlists in the desired order.

If you are also using the Spotify app on your iPhone and want to change the way that your playlists are sorted, then read our article on sorting playlists in Spotify and see how to switch between custom and name sortings.