Video streaming on your iPhone, such as when you are watching a movie or TV show in the HBO Go app, can use a lot of data. This is less of an issue when you are on Wi-Fi, especially if your internet service provider doesn’t have any data caps.

But if you are like a lot of other people, your cellular data plan likely doesn’t include unlimited data. In fact, most cellular plans have a low amount of data that can get used very quickly, especially if you are streaming video. Our tutorial below will show you how to enable a setting in the HBO Go app so that you are blocked from streaming unless you are on a Wi-Fi network.

How to Stop Streaming HBO Go Over Cellular on an iPhone

The steps in this article were performed on an iPhone 7 Plus in iOS 11.2.2. This guide is going to show you how to change a setting on your iPhone so that you are only able to stream in the HBO Go app when you are connected to a Wi-Fi network. This will not affect the playback of any of the other streaming app on your iPhone, such as Netflix, Hulu, or iTunes. 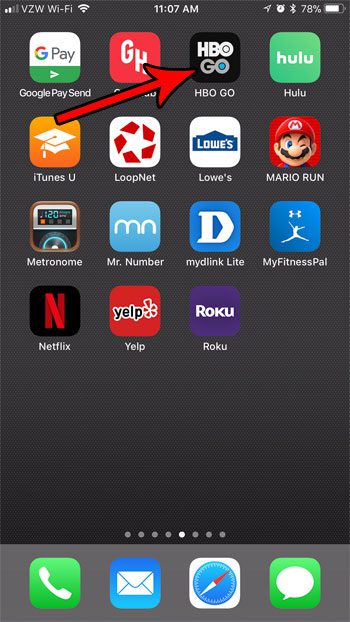 Step 2: Tap the menu button at the top-left corner of the window. 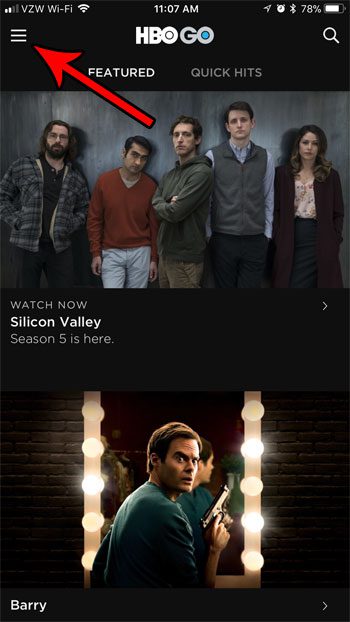 Step 3: Choose the Settings option at the bottom of the menu. 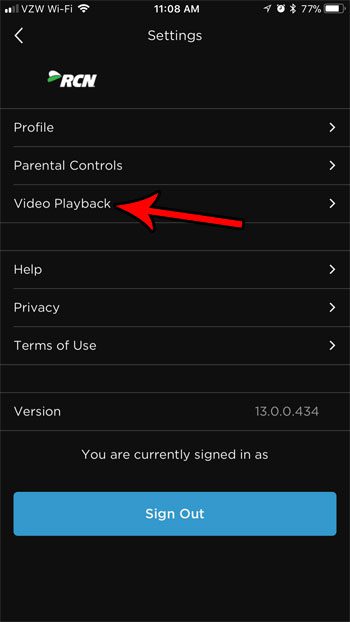 Step 5: Tap the button to the right of WiFi Only to turn it on. 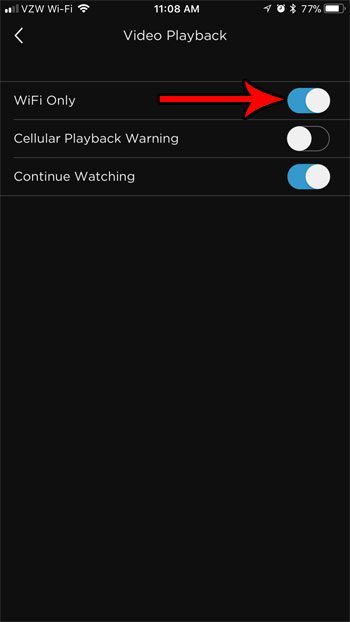 The next time you try to use HBO when you’re on a cellular network you will get a pop-up letting you know that this is disabled until you change the setting back.

If you also use Netflix on your iPhone, then you may be interested in customizing the streaming experience for that app as well. Find out how to adjust the amount of data that you use when streaming over cellular in Netflix, for example, if you would like to use that app on a cellular network, but don’t want to use a ton of data.