Your iPhone is capable of connecting to different types of networks, including cellular and Wi-Fi ones. When you are connected to a cellular network, such as when you are out in public, then any data that is used by the apps on your device will count against the monthly data allowance on your cellular plan. Some apps can use significantly more data than others, such as video streaming app like HBO Go.

Restrict HBO Go to Wi-Fi on an iPhone

The steps below were performed on an iPhone 6 Plus, in iOS 8. These steps may be different for iOS devices using previous versions of the operating system. 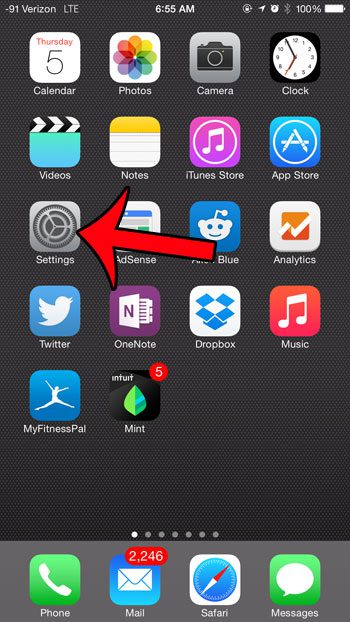 Step 2: Select the Cellular option near the top of the screen. 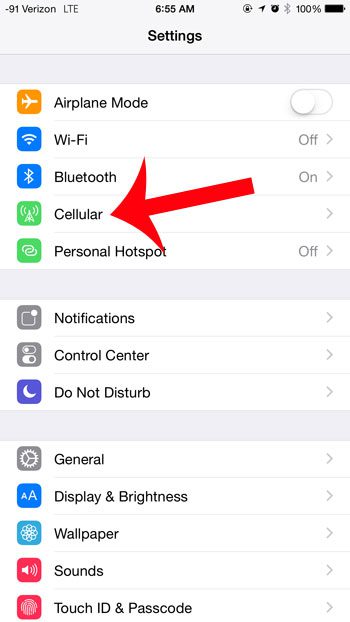 Step 3: Scroll down and tap the button to the right of HBO Go. You will know that HBO Go is restricted to Wi-Fi when there is not any green shading around the button, as in the image below. 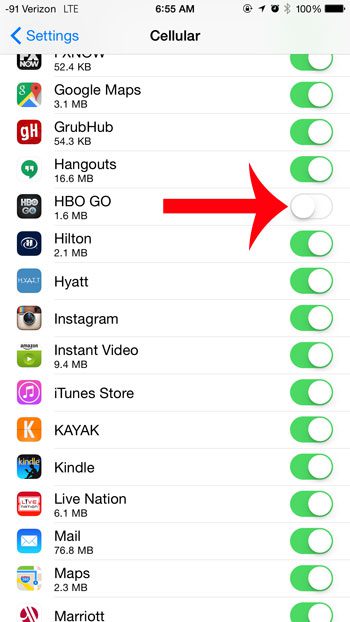 If this option accidentally gets turned on again in the future, note that there is a warning that pops up before you attempt to watch a video in HBO Go on a cellular network. 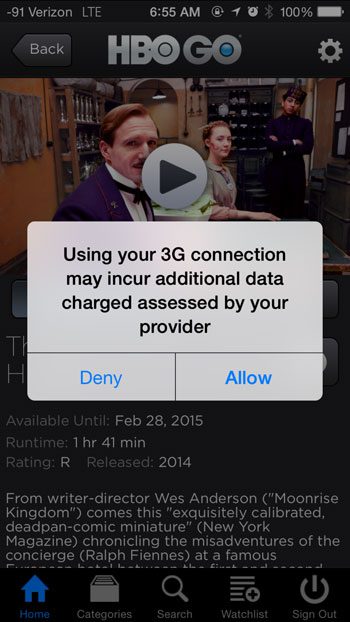 So if you uninstall and re-install the app, which will turn the cellular data option back on, you will still receive a notice that you are about to use cellular data.

Not sure if your iPhone is connected to a cellular or Wi-Fi network? This article will show you how to tell with just a quick glance at your device.